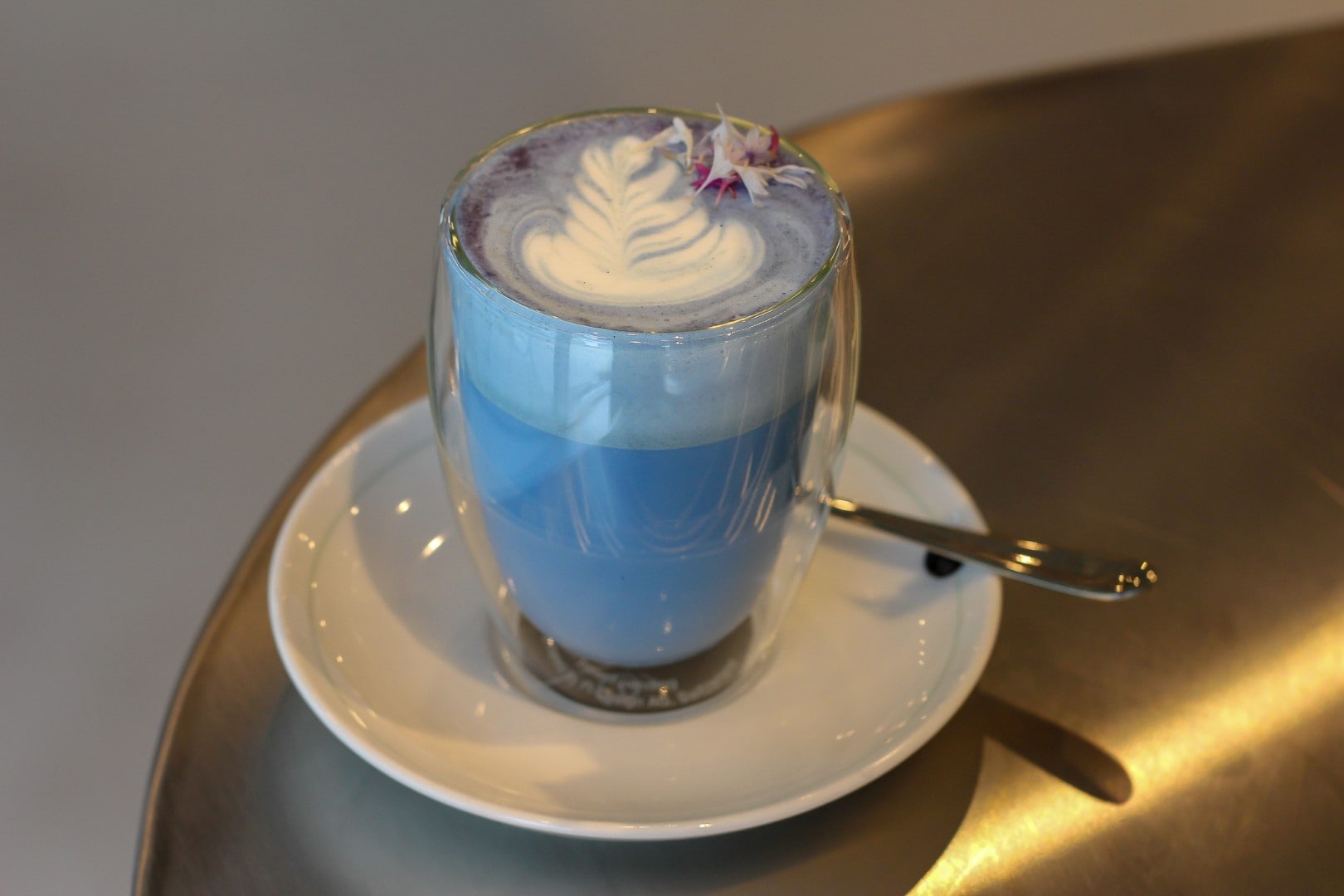 Well, this is a turn out for the books – I had no idea Bel Cafe were creating another coffee shop and I sure as hell had no idea it had already opened! My snobby skills are slipping it would seem. Turns out, the Hawksworth cast were diligently working on taking on the yoga pants wearing housewives of Kitsilano. Look out Bel Cafe, you’re about to be swarmed with strollers! 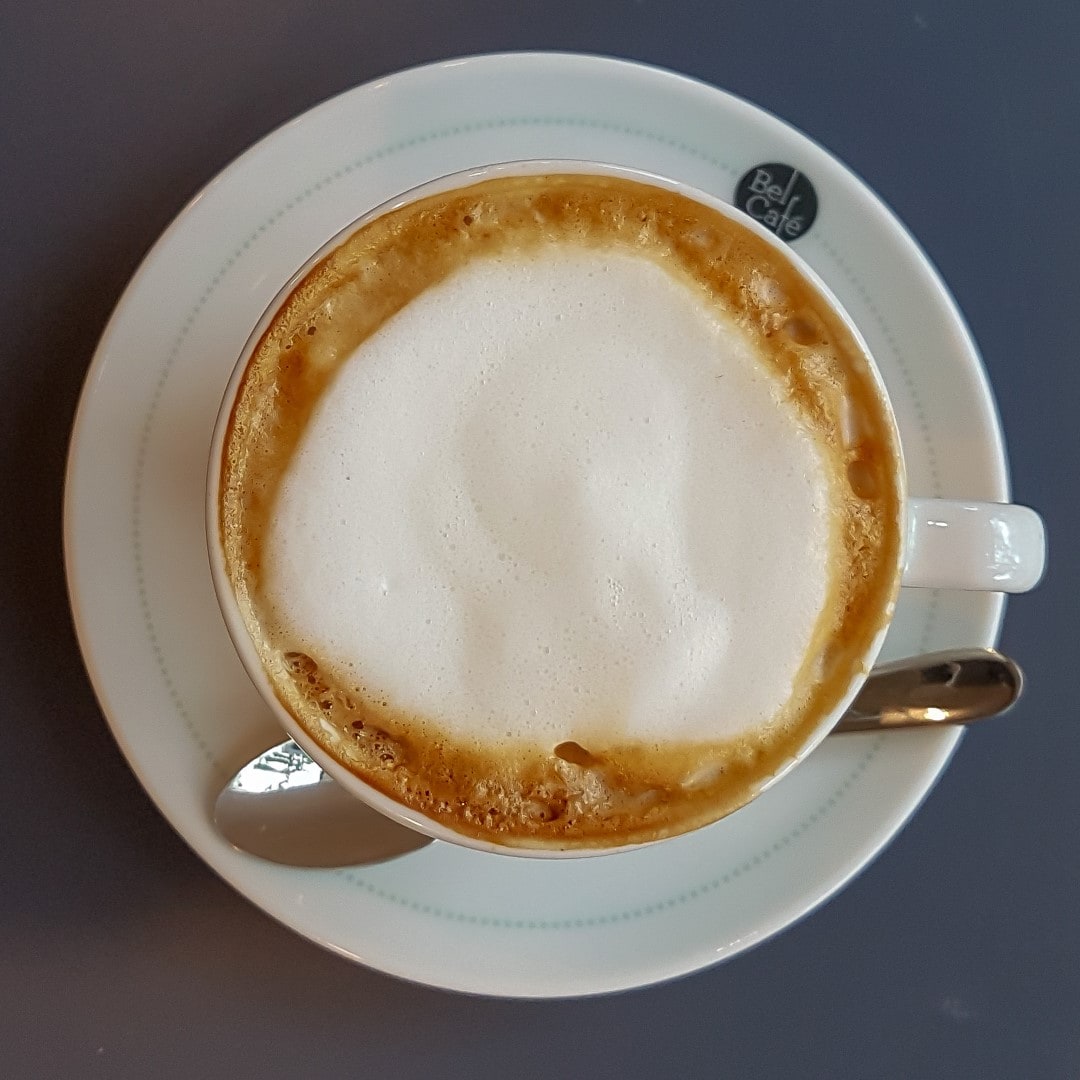 Firstly I want to commend them for serving traditional cappuccinos, rather than those mini-latte things that are so common. Don’t get me wrong, I still like the incorrect versions, but it’s just nice to see them served the way some Italian bloke I’ve never met says they “shoulda bea serveda”.

Anyways, the drink itself was lovely – great espresso balance, not too hot and the milk was nice and velvety. It’s definitely more of an Italian style espresso, favouring dark and roasty flavours rather than complex and surprising. That being said, it was great for a dark roast coffee.

Lavender Tea Latte (8oz) – $4.70
OK chaps, I’ll be honest, this ain’t going to make you look manly at all, but holy crap was this drink a feast for the eyes! I don’t often get lattes served with flowers on top but when I do I’m glad it tastes like this… and that it’s also 7:30am so no one can see me drinking it.
PROTIP: if you’re a nerd like me, pretend you’re Luke Skywalker drinking that strange blue stuff in the first Star Wars film.

OK, so how does it taste? It’s fabulous. Er, I mean, grrr, it’s… oh fuck it, it’s actually pretty fabulous. There’s a floral lavender flavour, obviously, but it’s not at all overpowering. It’s quite sugary, but not like a blended frappachappachino style drink, more like a latte with a syrup added to it, which I suppose is what it is really, without the coffee of course.

Other than the above, there are assorted espresso-based drinks, turmeric and beet lattes, teas, juices and filter coffee. 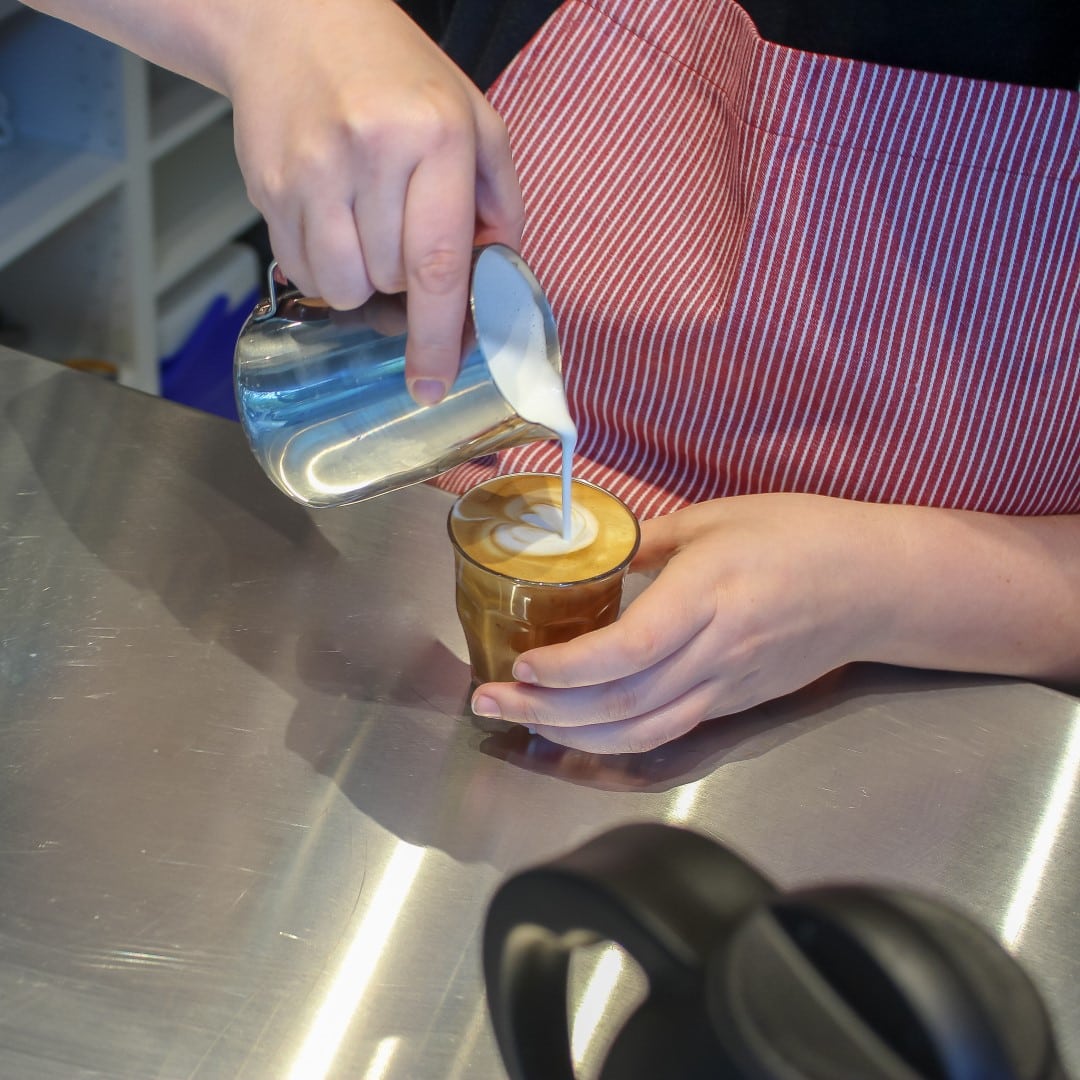 DAMNIT I HATE KALE… would be my usual response to someone insinuating that they were going to put some on my plate. In this case, however, I would like to award Bel Cafe the following accolade: 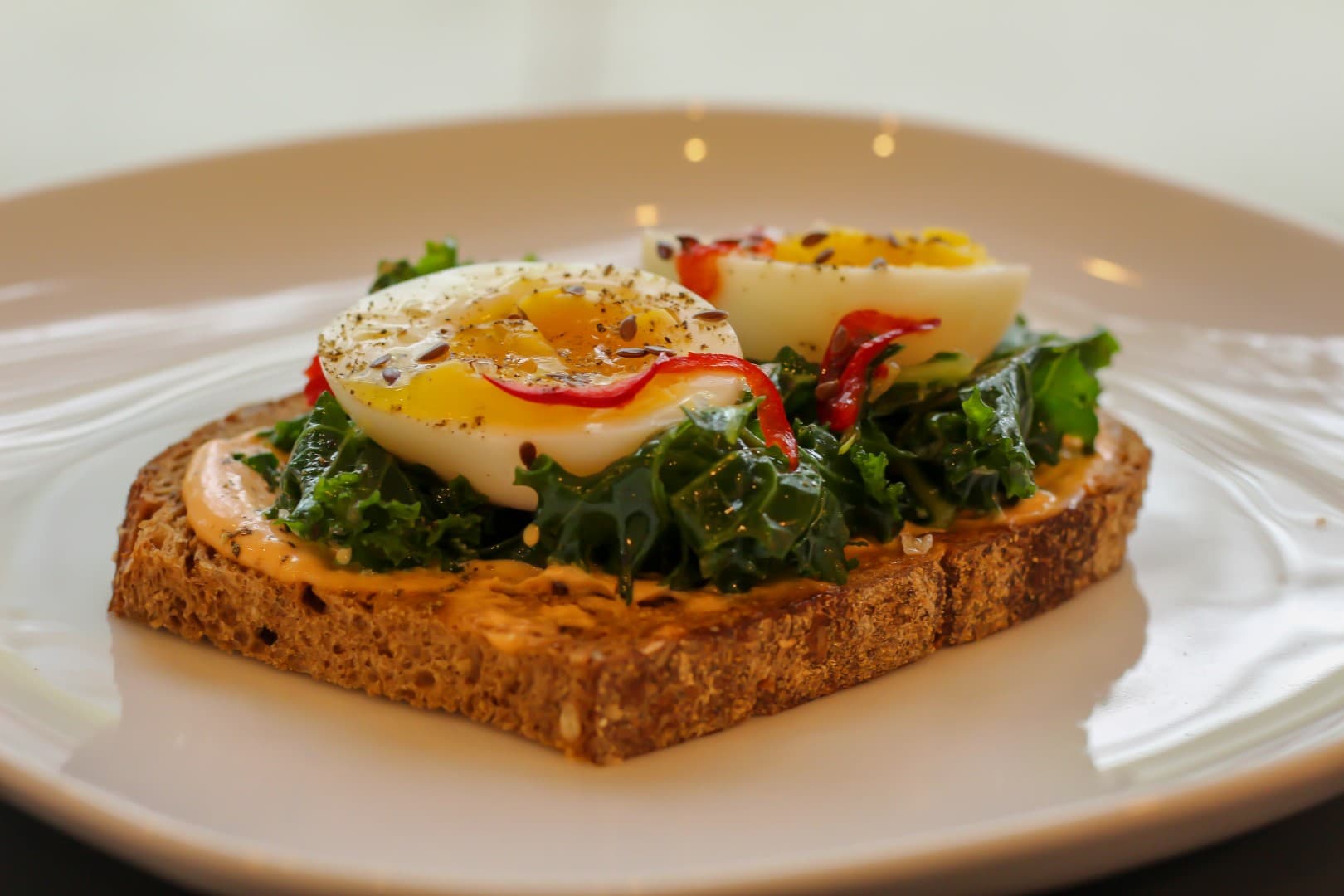 The Kale wasn’t bitter or vegetable tasting, instead it had a bright and sweet flavour to it, along with some sort of spicy mayo like stuff that added a salty kick to the perfectly cooked egg on top. The whole thing was a masterpiece of elements that just bloody well work together for a flavour bomb. I honestly would put this down as one of the best brunch items in Vancouver, along with the Avo Smash at KAHVE, The Duck Waffles at Nemesis and the beers on tap at Spade.

If Kale isn’t your thing they have various breakfast dishes, loads of pastries and a great selection of muffins, cookies and other sugary treats. 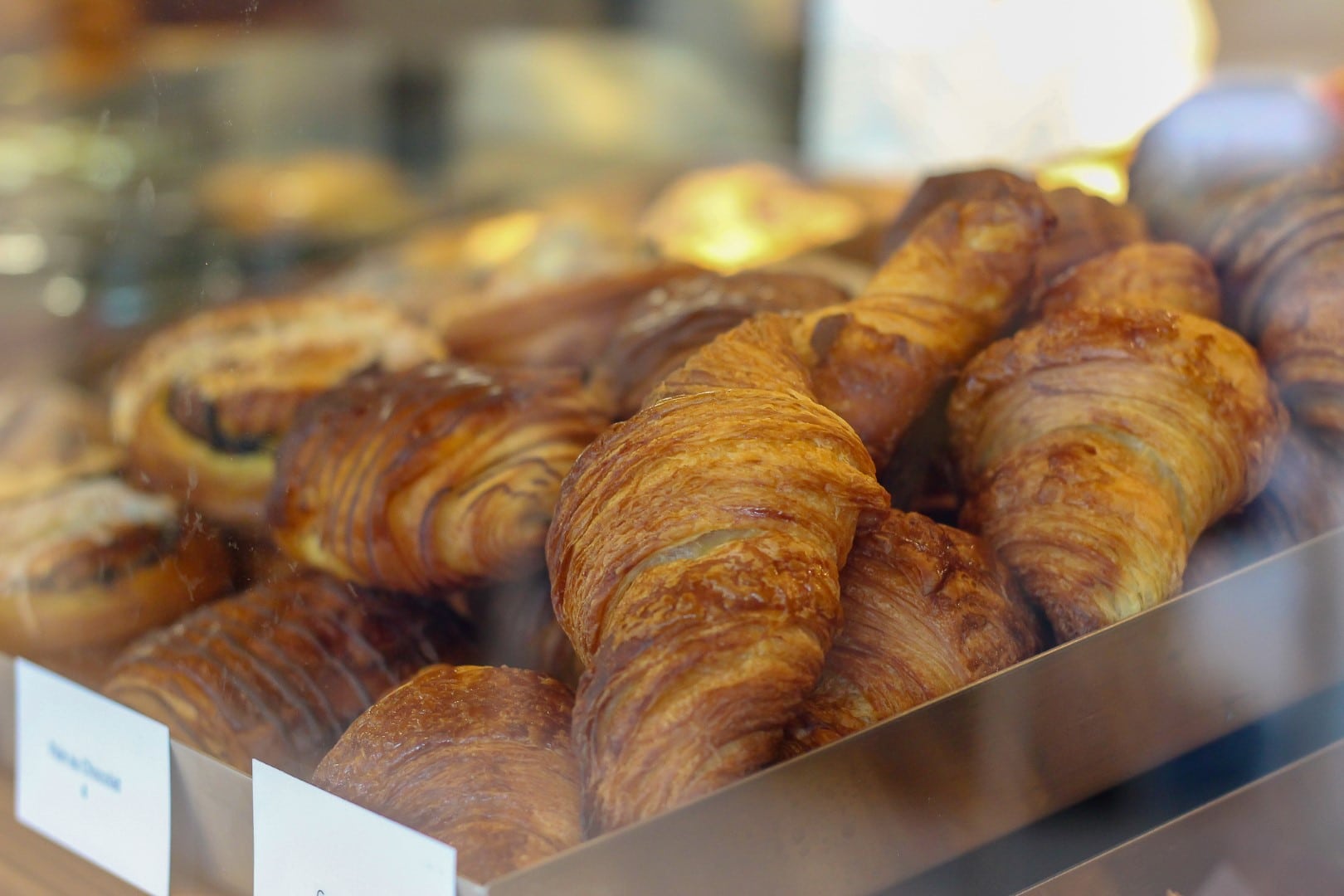 The staff at Bel Cafe were warm and welcoming, put up with my incessant questions about their products with a smile on their face, as well as my awkward requests to take photos! The barista was especially lenient towards a 6ft4″ lanky Englishman hovering over her shoulder asking to take photos of the espresso!

Overall, Grand Admiral Hawksworth should be very proud of the fantastic team he built!

Bel Cafe is a generously sized venue, with a surprisingly low amount of seating inside. There are a few clusters of tables, as well as some outdoor places to sit, but I can’t help but feel that the whole thing is going to be a bugger come winter time when everyone is clustered inside to get out of the rain.

That being said, the whole place is beautifully designed, with a massive food counter and prep area, as well as a huge coffee bar with a beautiful White Eagle espresso machine, Mythos grinders and an EK-43 for their batch brew.

Alright, let us get something straight right now. This venue is not in Kits. TECHNICALLY it’s in Fairview. I know that because I used to live a couple of blocks away and was told regularly by my friends across Burrard that I was peasant scum.

HOW-THE-FAIRVIEW-LOVING-EVER… I am officially designating anything east of Fir to be Kitsilano. Congratulations Bel Cafe, we’re no longer street rats!

Anyway, it’s close to a bus stop, there are lots of paid on-street parking spots, but good luck finding anything free in the area, because it pretty much doesn’t exist until you get to 10th Ave. There are lots of Mobi stations nearby though, so get yourself a subscription and never worry about parking again. This comment brought to you by the dirty nudists that are apparently about to put their family jewels on publicly used bikes.

There’s one, it’s clean, it’s spacious and does exactly what is needed of a bathroom!

Bel Cafe already had a reputation for being a great place for coffee downtown, so it’s fantastic to see that they have ventured across the bridge to Kits. It’s a tough market though, they’ve got powerhouses like KAHVE, Pallet and Prado on their doorstep, but all this means to me is that this area is becoming a brunch hot spot. Are we seeing the birth of a new volleyball themed Gastown? Whatever it is, all I care about is that there’s another place spend my money on avocados on toast, because screw owning a home, right fellow Millennials? 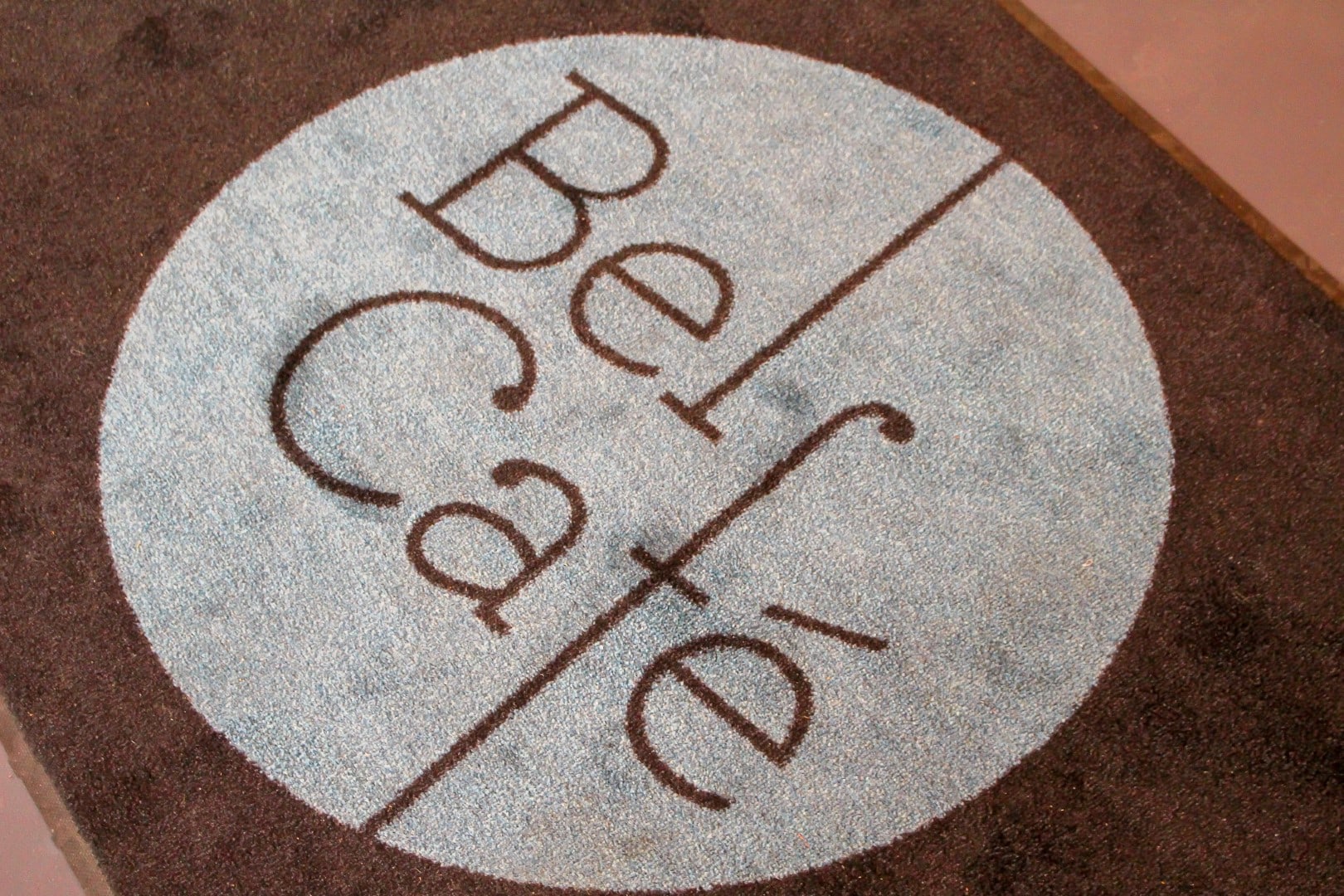 Did you enjoy this review? If you did, I’d be SO stoked if you donated a $1 to my Patron account here: https://www.patreon.com/vancoffeesnob

All money will go to the cost of running this website, plus I’ll give you a bunch more benefits for being a supporter.

Thanks and keep being awesome!