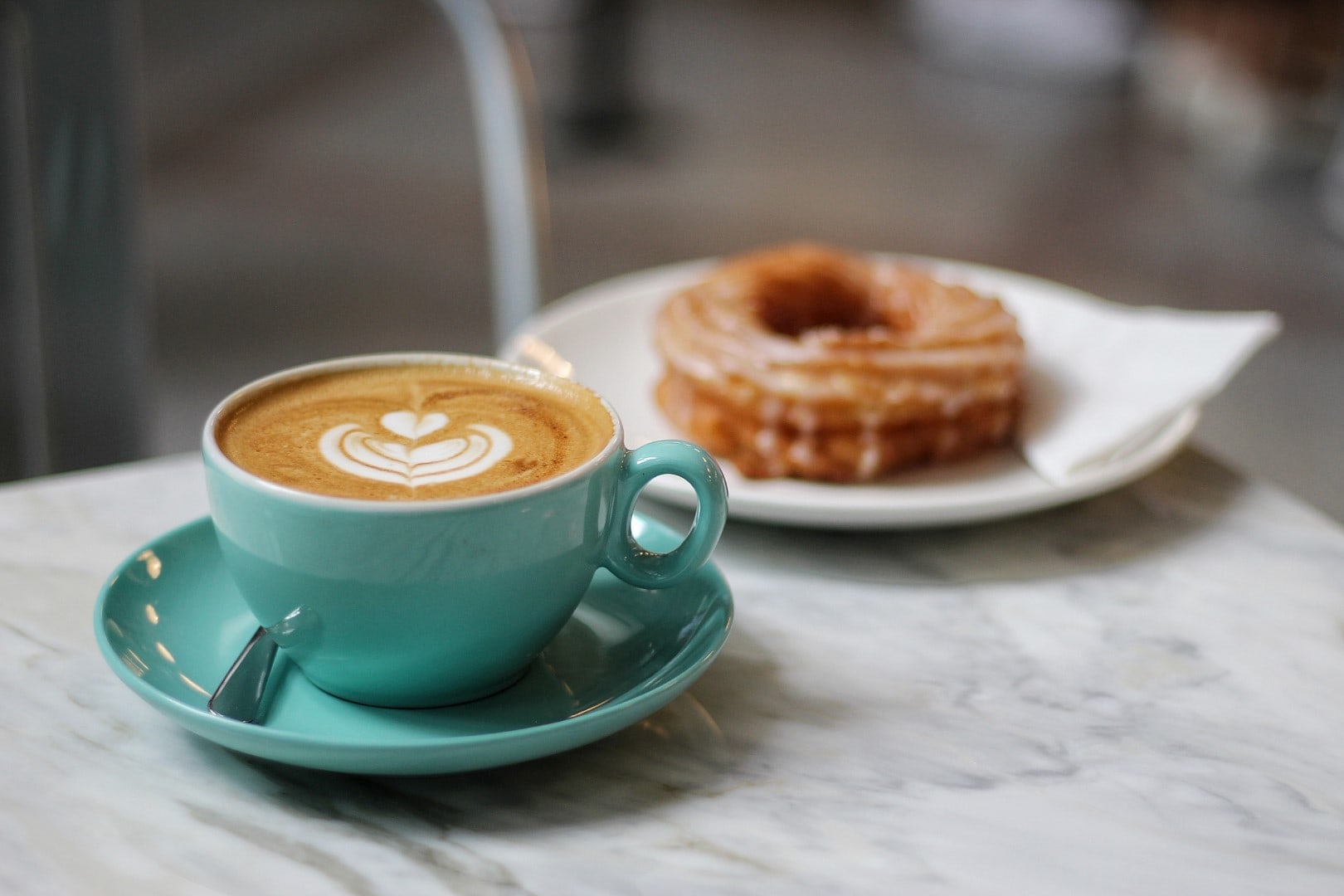 If you’re a disgusting pig like me, you’ll already know of 49th Parallel Coffee Roasters (Downtown), as they house the majestic Luckys Donuts, which you’ve likely already stuffed your fat face with. If you haven’t, however, let me introduce you to the best donuts in town, aka the reason why you’re about to become a rotund slob.

Say goodbye to being able to see your toes.

Latte 12oz – $4.25
If you’ve not heard of 49th Parallel Coffee Roasters then you’ve almost certainly seen their beans, in their unmistakable teal packaging. They’re a bit of a Vancouver success story, having made it all the way to European coffee shops.
I had a latte and as expected it was smooth, creamy and well balanced, with some nice latte art on top. Kind of unfair really, as it was served up by Kyle Straw, a former barista champion and master of a good SCAA inspired rant (Kyle, if you’re reading this, I couldn’t resist that dig, we love you really).

Espresso – $3.25
Alright you bunch of moaners – I’ve added an straight shot of espresso to the mix this time as apparently lattes are not “real coffee”. I opted for the ‘Old School’ espresso as it was the only one available. I like ‘Old School’ in milk drinks but I usually aim for their ‘Epic Espresso’ blend for straight ‘spro (or whatever their special is at the time). Never the less, this drink was bold, chocolatey and deliciously thick – it’s a solid espresso, but don’t expect the fancy stuff you get at somewhere like Nemesis or Aubade.

In addition to the above drinks they have filter coffee, various teas, cold brew and some soft drinks/juices. 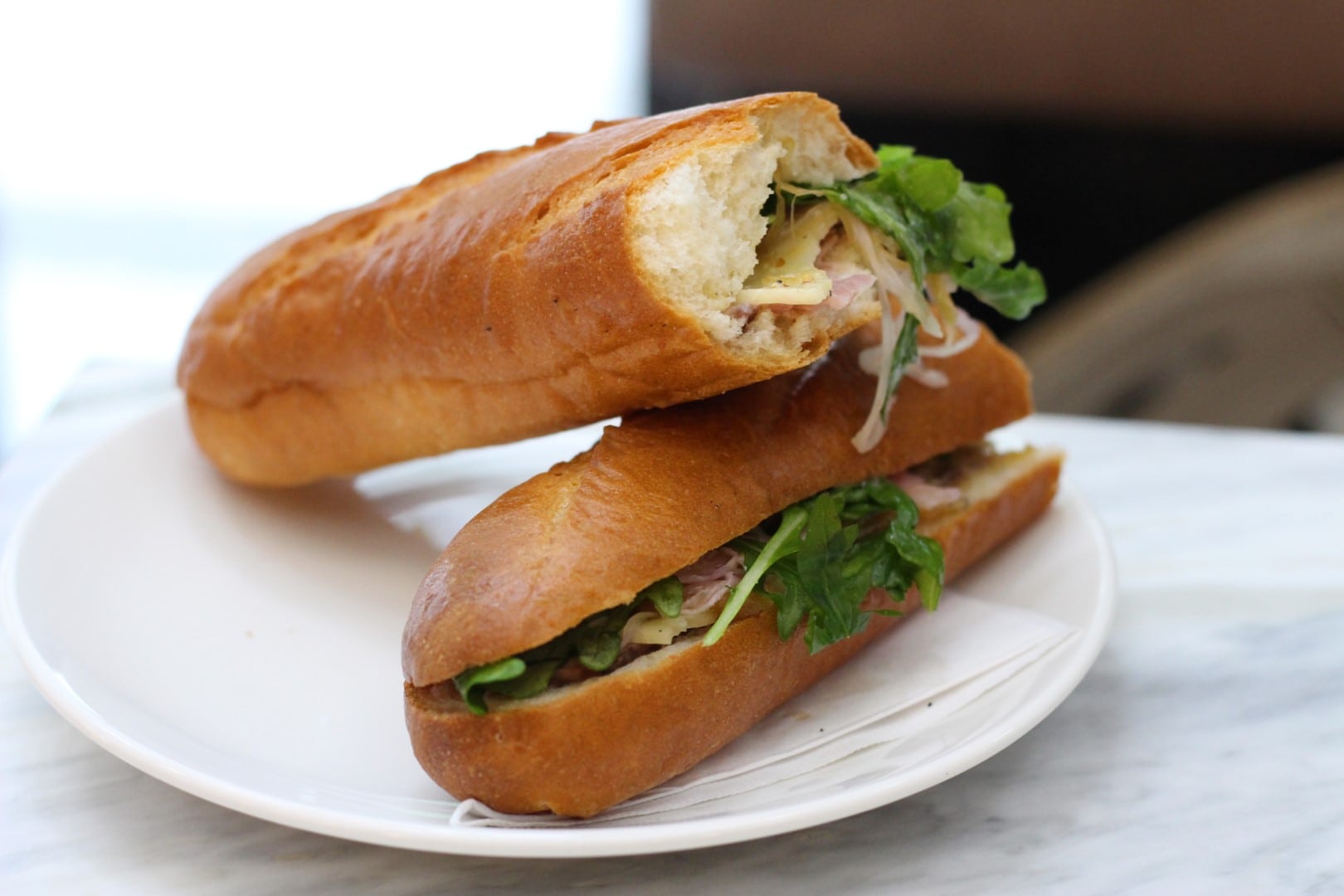 Beef baguette – $10
Not quite what I was expecting – the baguette was slightly sweet and there was an additional sugary note from what I think were caramelized onions. Initially I was concerned there wasn’t much beef in it but it turns out the amount was really well balanced with the rest of the fillings (cheese and salad). Overall a solid effort.

Meat Flatbread – $5
If you want a smaller snack this is the item for you, at about the size of a pizza slice. It’s very heavy on the garlic (which I love) and there was plenty of meat on it. The flavours were well balanced and the dough was light and fluffy. 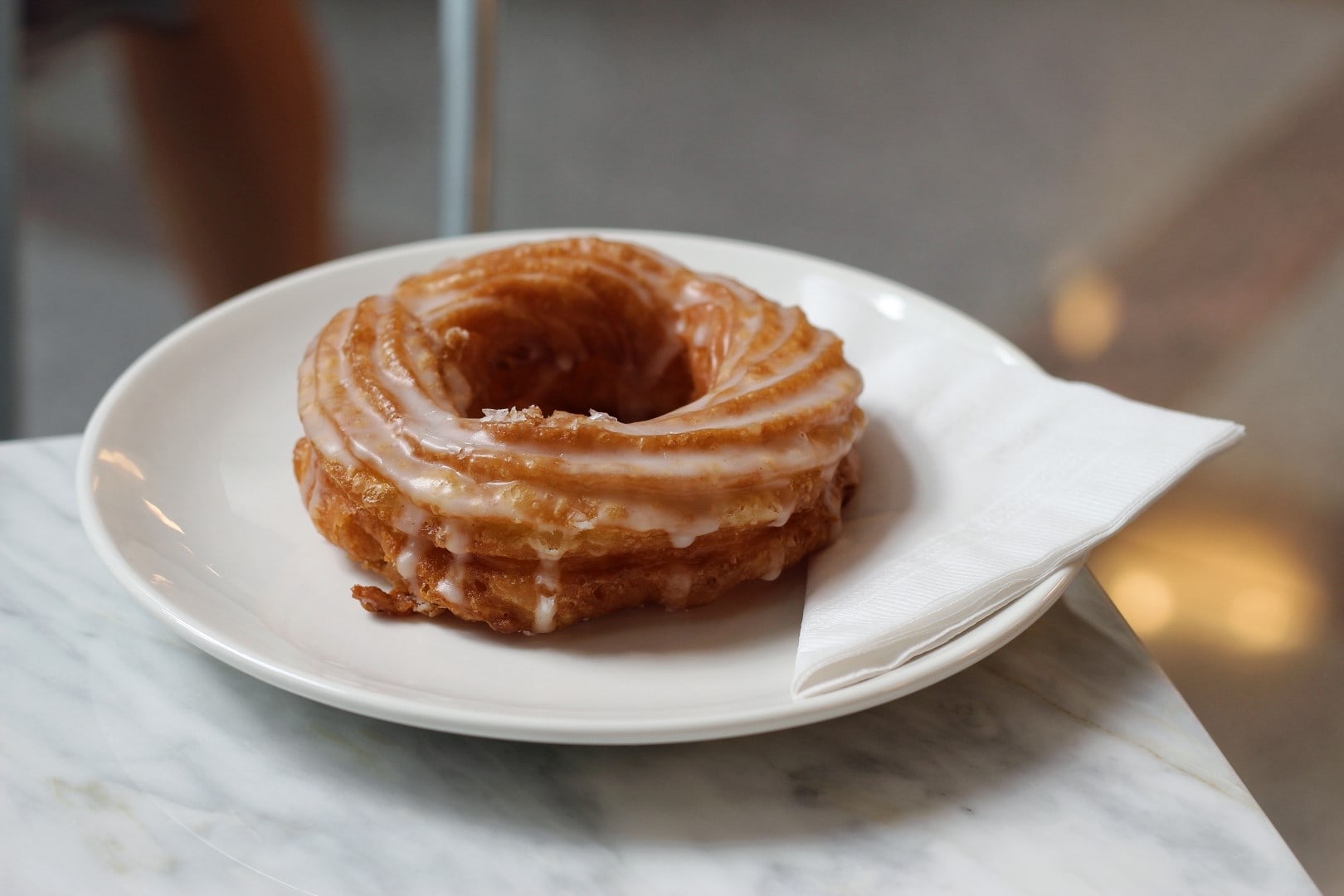 Kruller – $3
I’m not always a fan of krullers, so it’s a high honour for me to say that this was probably the best I’ve ever had. It’s kind of a fine line between a donut and some sort of sweet batter, which makes it crispy on the outside but soft and moist inside.

It’s opening week at the time of writing so they’re absolultley packed at all times, but the staff are doing a really great job of making sure everyone is attended to, with big smiles on their face. When I forgot my donut order they were patient with me as I dodged in and out of the line to the counter, then back again.

Being in the business district, space is at a premium and not cheap, so it’s not surprising that it’s in the lobby of an office tower. It’s great though; the ceilings are really high, the decor is very stylish and there’s loads of seating. There’s no communal table, which is a shame, as it makes a big get together harder, but I understand that this is not Main Street and maybe the monkey suit wearing businessers don’t want a lanky Brit talking to them whilst they stuff sugary treats into their cake holes. 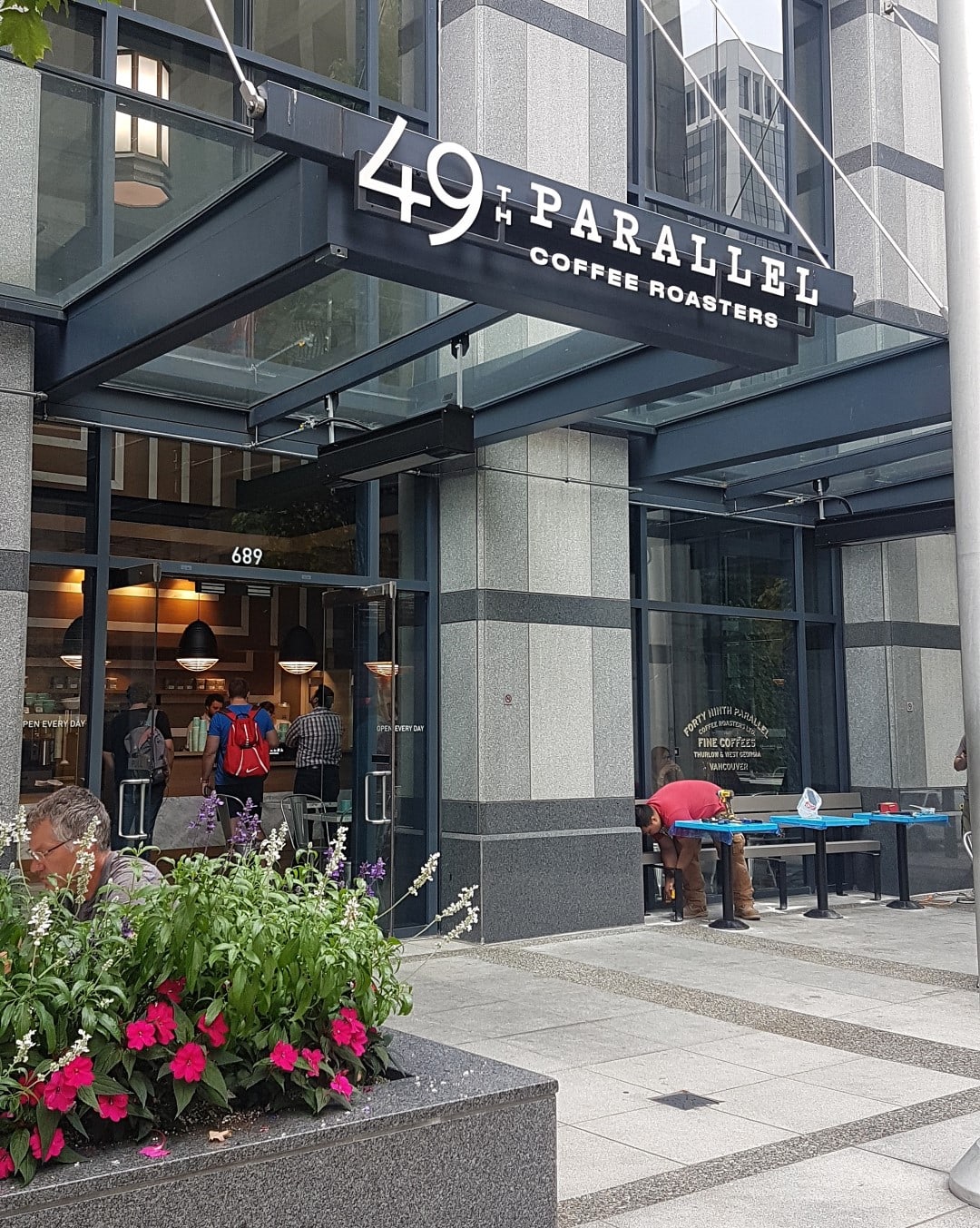 It’s two blocks from my office – of course I like the location. Being on West Georgia street means that there are loads of buses nearby, with Burrard St Skytrain station about a 3 minute walk away. If you’re a millionaire there’s loads of on and off street paid parking.

Technically they have none, although if you wander down a dodgy looking corridor you’ll find the building loo’s. It’s not part of 49th though, so I’m not counting it in the score. They’re nice once you get to them though.

If you read my review of their other location you’ll know that I already think 49th Parallel Coffee Roasters are doing a great job in the Vancouver coffee scene, so as expected I love this new venue. It’s going to be a great addition to the downtown core scene, which until now only really had KOFFIE (which is AMAZING by the way) and Giovanne as worthwhile places to visit. Oh and did I mention that their donuts are f*cking incredible? See you in the diabetes ward!