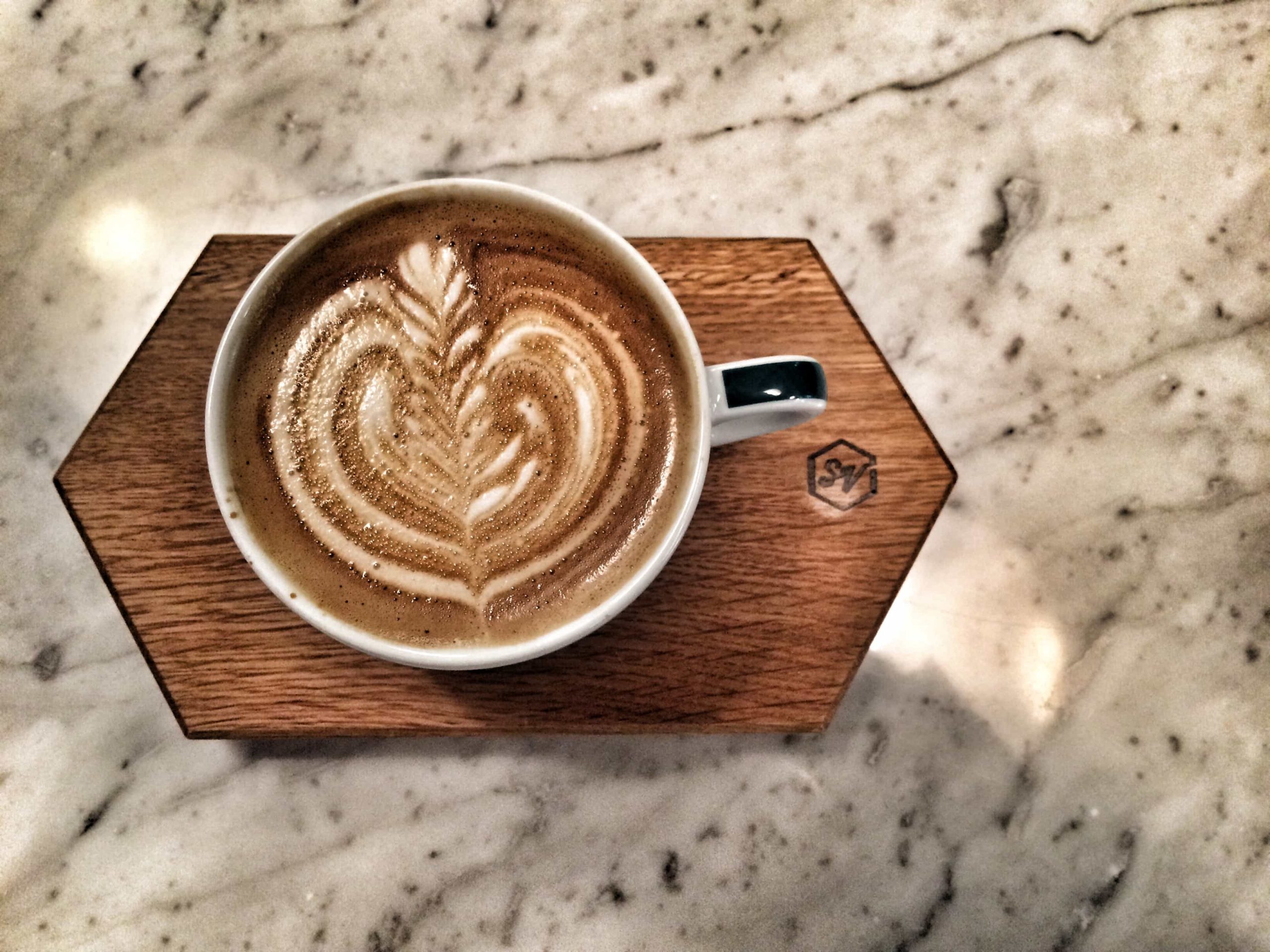 Small Victory is, quite frankly, not small at all! It’s actually a fairly large cafe and bakery in Yaletown, serving up some of the most beautiful looking sweets I’ve ever seen, as well as a decent barista team making some great coffee. In an area of the city that is dominated by Starbucks, Blenz, Waves and the like, this is a welcome addition to the lineup of cafes, but you’re definitely going to have to pay for the experience.

12oz Latte – $4.25
A large victory from Small Victory (c’mon, I had to get that joke out of the way)! The latte was a great temperature and consistency. The espresso flavour was balanced and smooth. The latte art was sharp and it was served up really quickly.

Apricot, Plum and Orange Marmalade on White Whole Wheat toast – $5
Two giant slabs of delicious bread and an absolutely delicious jam slathered over them. The bread was soft, flavourful and obviously freshly baked. Having tried, and failed, to cook jams and marmalades at home before, I know how difficult it is to actually get them to taste great. Small Victory have mastered this process, because the jam was the ideal level of sweetness, had decent sized chunks of fruit in and was spread onto the bread in just the right amount. I was told I couldn’t have the recipe, but that’s ok, as I’d only mess it up anyway!
Brioche with Almond Cream – $4.50
Again, a perfectly baked effort here, it was moist and rich, with a fruity filling to give it a kick. I’m not sure where the Almond Cream was, because I couldn’t taste it, but perhaps it was mixed into the brioche dough. Not cheap though.

It’s in central Yaletown so it’s about as good as you’re going to get here. There’s a multitude of buses and a SkyTrain that’ll drop you very close. There’s plenty of on street parking, but don’t forget that it is downtown, so bring a fist full of change, because it isn’t value for money in these parts!

Clean, crisp and well appointed, but seriously lacking seating. There are lots of smaller tables, and a bar, but overall they could have done so much more with the space. The venue is dominated by a huge counter/kitchen, so I’d have rather seen more room dedicated to the customers to be honest.

There was a bit of mess but nothing drastic. They were clean and tidy otherwise.

The staff were polite, informative and quick at taking my order. The vibe was more professional than chummy, which is probably on account of the fact that they’re in Yaletown rather than a chilled, hipster area such as Gastown.