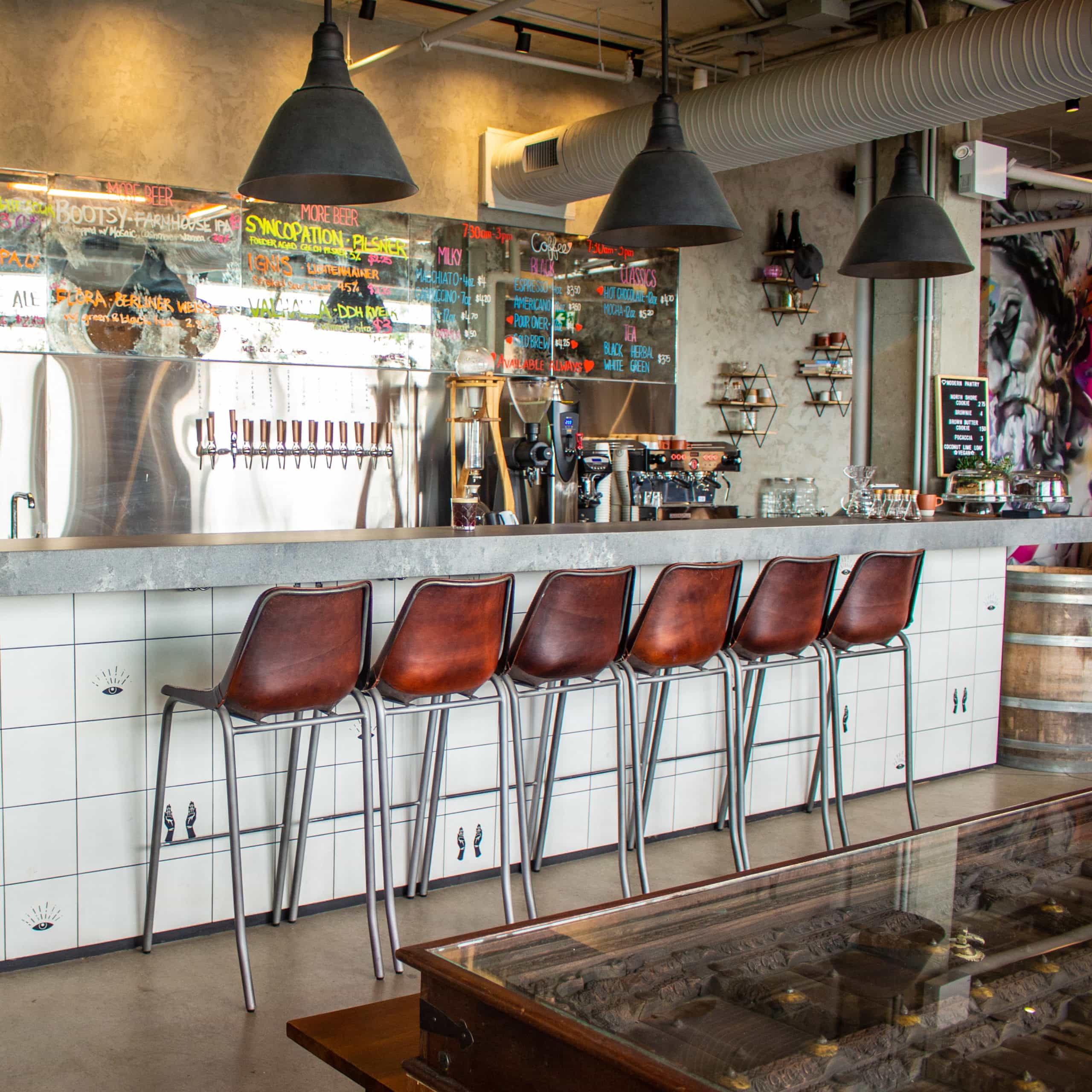 For those of you that haven’t quite worked this out yet, I’m a pretty big fan of beer. In fact, I’d say that it might even be side by side with coffee in my “best fluids list”.

So I was pretty enthusiastic to hear that a new brewery had opened that had a coffee shop in it. But this was no 33 Acres. This was to be a fully-fledged roastery as well as a cafe/brewery.

Well, House of Funk Brewing is now open and it’s a fun, stylish and edgy looking cafe, with amazing beer…

…oh and some fucking killer coffee.

House of Funk roast all their own coffee in-house. Their head roaster in the insanely talented Ann Hnatyshyn. They roast lighter and there’s always a big selection of different regions and types of coffee.

They’re also on the Siply network of coffee shops, so I got myself some sweet, sweet savings that you’ll see in the below section. 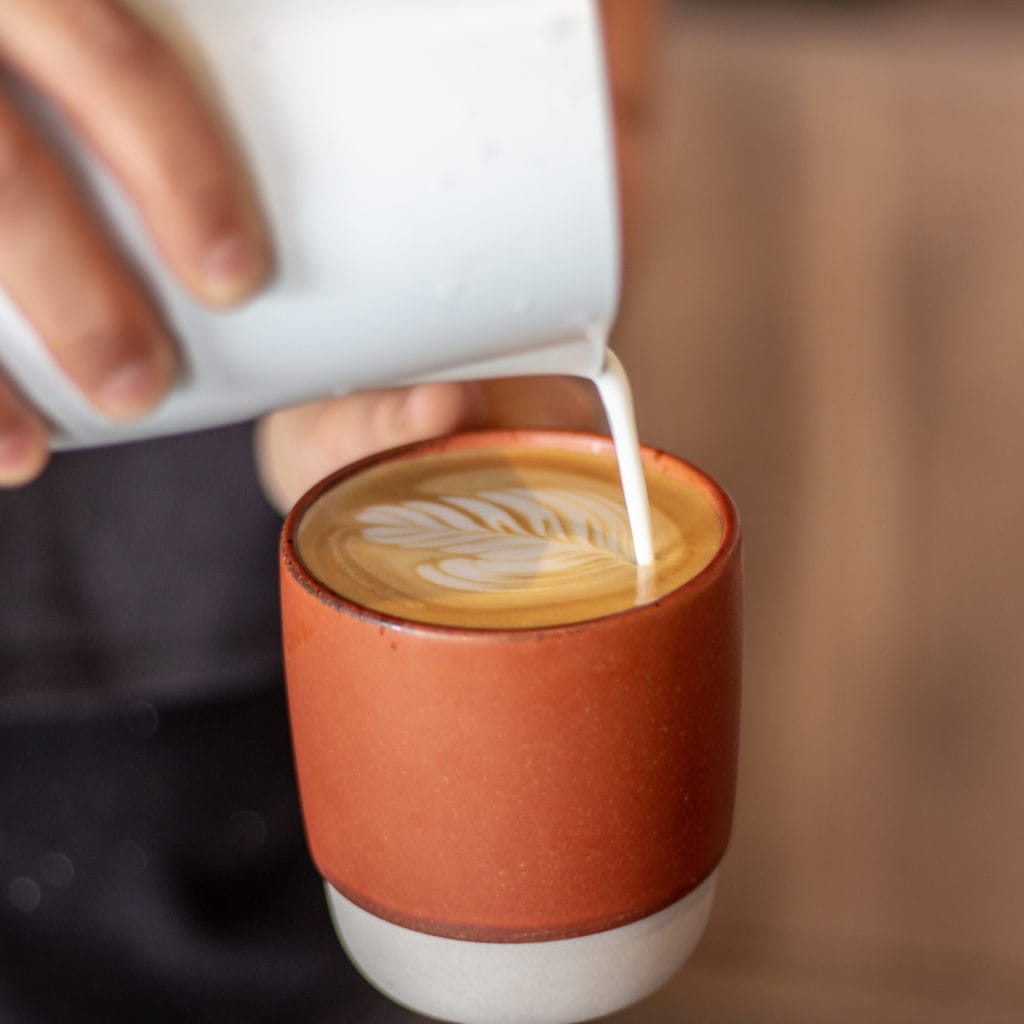 A fantastic example of a latte here. The milk was the perfect temperature and creamy as well as the espresso flavours complementing the dairy to give the drink a rich honey flavour. There were slight notes of fruit coming through from the espresso, but nothing too distracting. 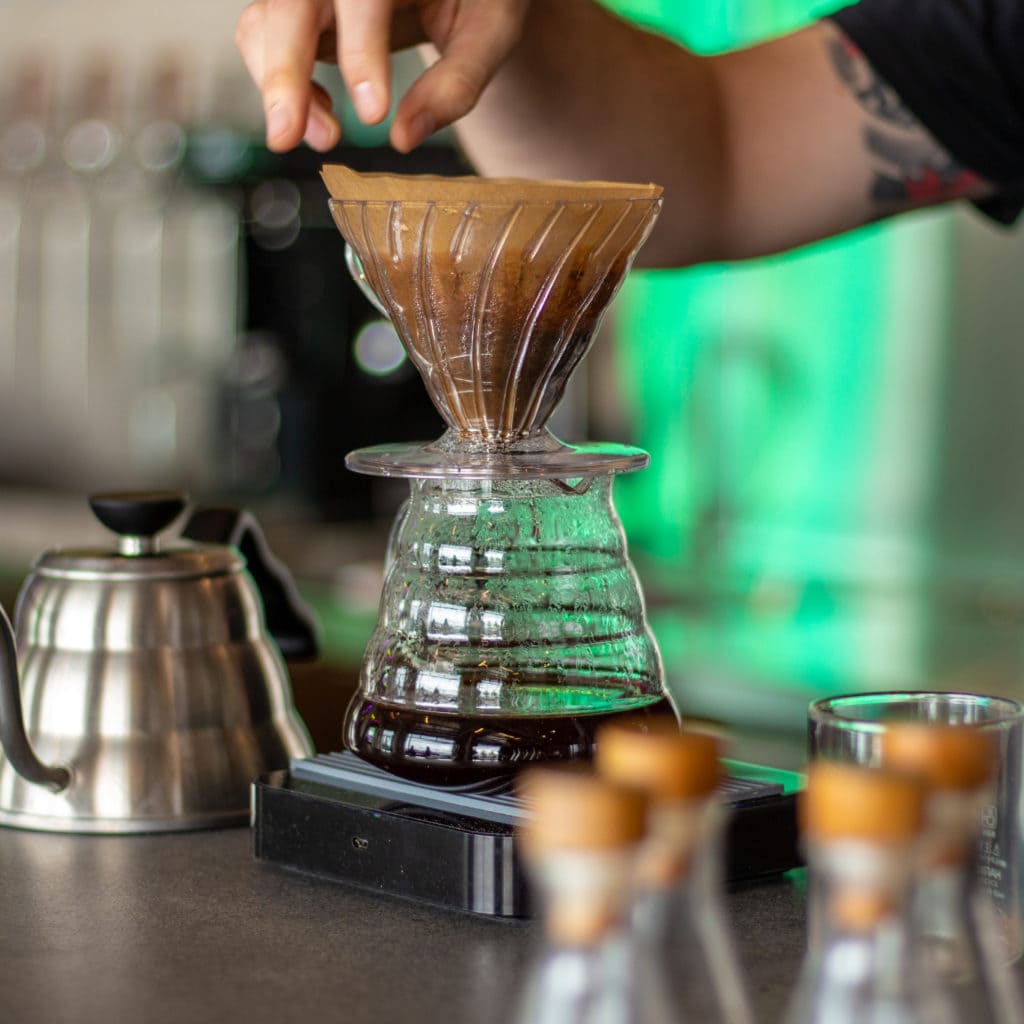 My pour-over was made by James. You may remember him from such coffee shops as Agro and probably somewhere over in Ireland, I don’t know.

Anyway, it was nice to see a familiar face!

I knew I was going to get something special here, as he’s a fantastic barista, but this drink exceeded my expectations.

Rich notes of sweet grapes and some amazing blueberry flavours burst out of this drink. The finish was sweet and syrupy. I sipped at this from when it was piping hot to totally cold and there wasn’t a moment I didn’t enjoy it. 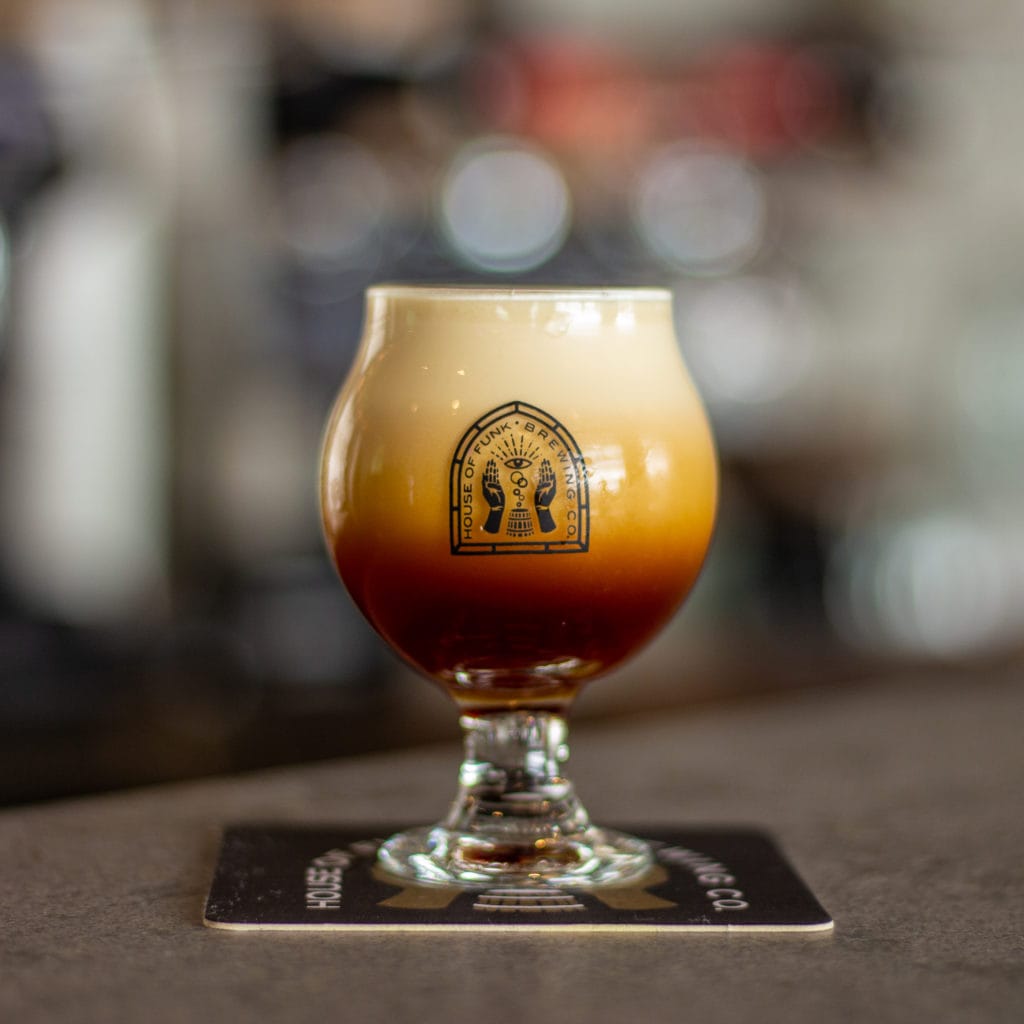 Pants down the best cold brew I’ve ever had

There’s an immediate slight fizz from the nitrogen that opens up your taste buds for a coffee that is the closest thing to cola that I’ve ever had. It’s intensely sweet, but with nothing added to it. There are amazing syrupy fruit flavours exploding out of this thing, along with a rich, decadent mouth feel.

This thing goes down in my hall of fame of coffee, for sure. And even better – you can take it home in cans!

As if the coffee wasn’t incredible on its own, the packaging is the next level too. They actually won an Alfie award this year for their efforts. 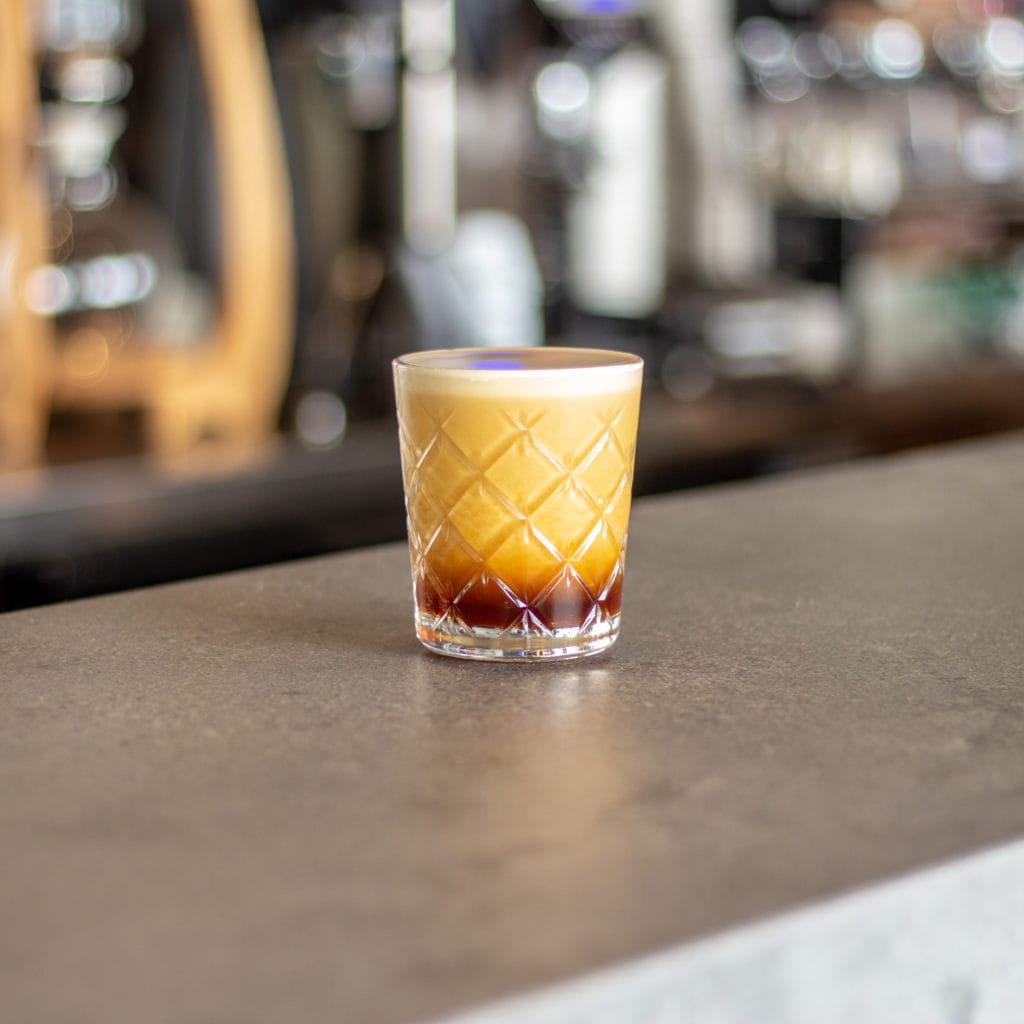 As a wiser man once said to me: This shit is gangbusters.

Absolutely incredible. I won’t dwell on this too much, as I’m a coffee blogger. However, I do want to tell you that it’s delicious, innovative and their fruit additions are incredibly tasty.

I’m actually leaving out the food from this review. This is because they’re A) not serving any at the moment because COVID-19 is happening, and B) because it’ll have changed by the time it re-opens for grub anyway. In the meantime, they’re delivering grocery style food like milk and sourdough from their website.

Ok, I know I’ve been banging on about how great the coffee is, but a close second is the venue. First off, there are loads of seats, including the holy grail – the communal table. Well, actually a bunch of communal tables. 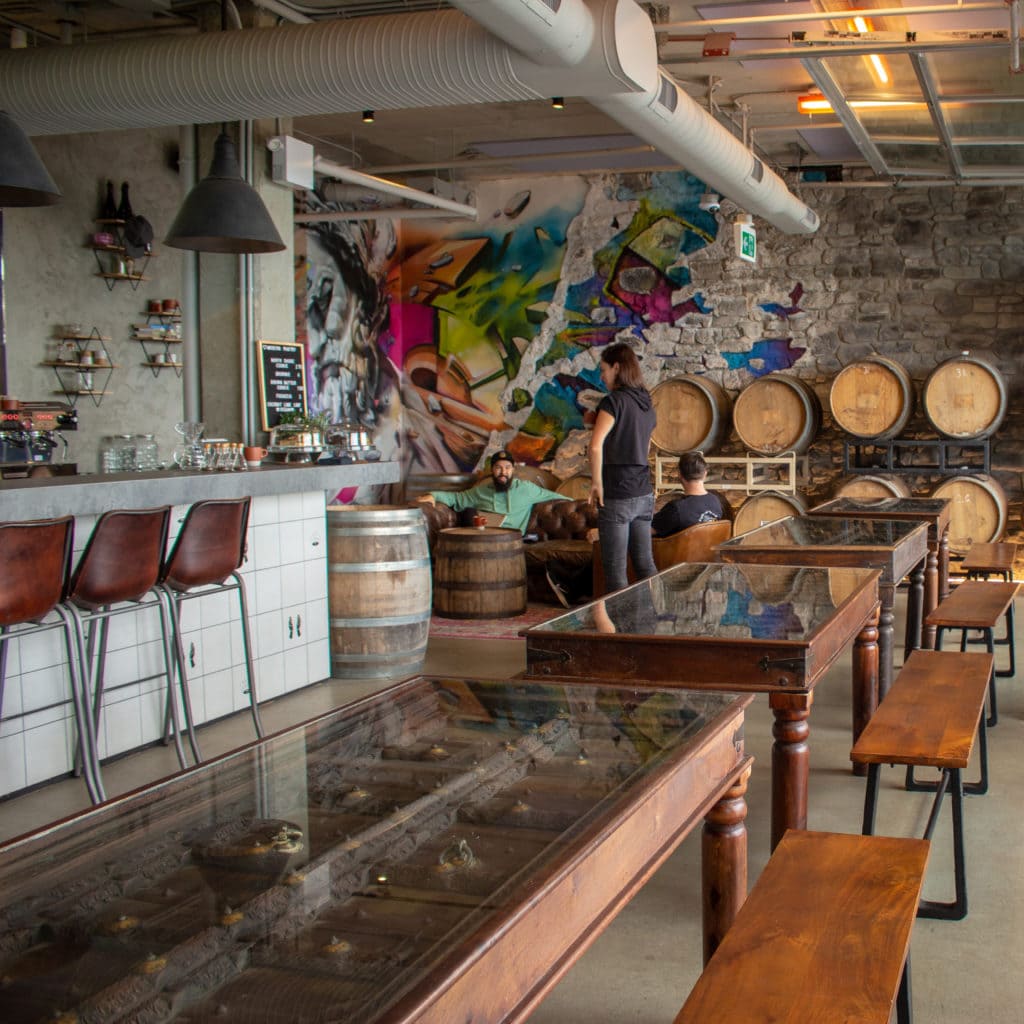 If they’re not your thing, then there are bar stools and comfy chairs scattered around.

What really stood out to me, though, was the wall of graffiti/wooden barrels. Don’t forget you’re in a brewery so it brings a really different vibe to your typical cafe experience.

But the attention to detail doesn’t stop at the walls. The tables are reclaimed doors and the mirrored walls make the whole place seem way bigger than it is. 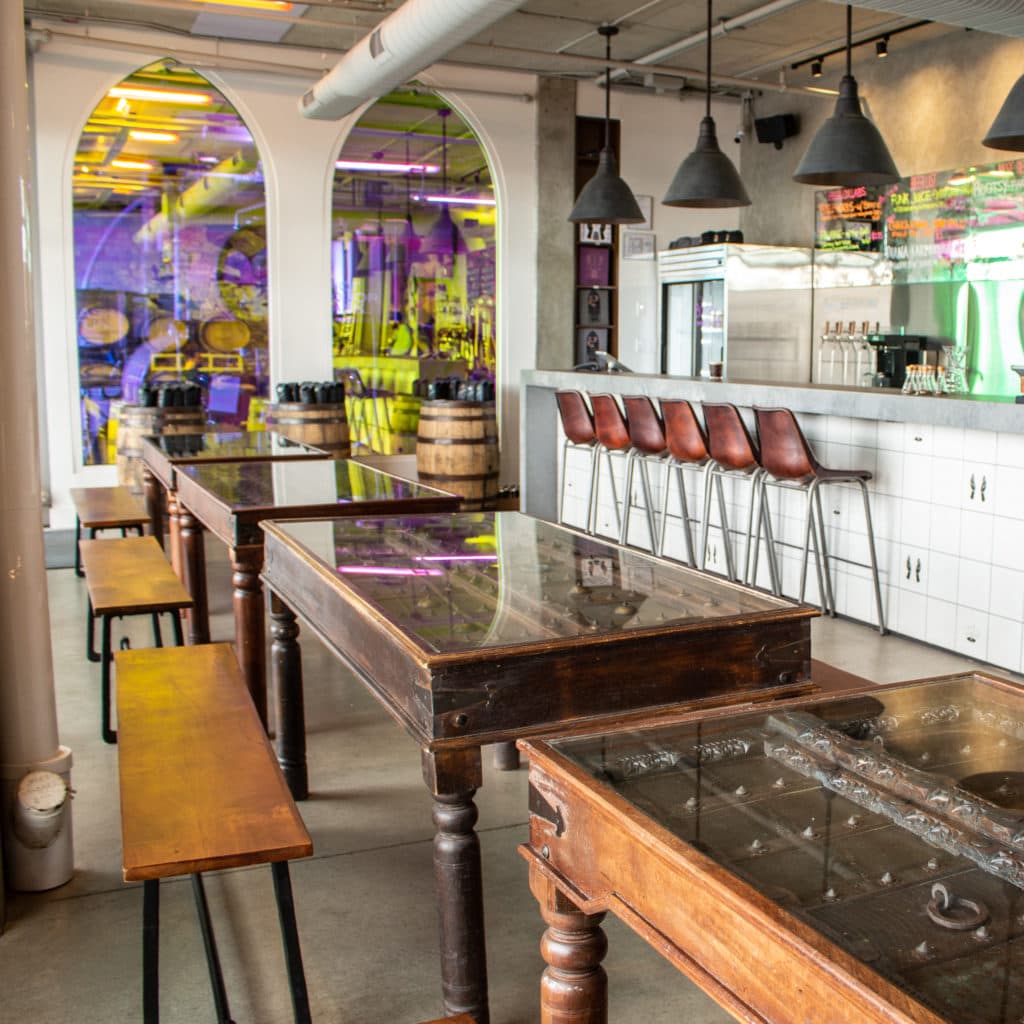 The only criticism I have is that the roaster is hidden in the back. I want to make so many jokes right now about shouting at Ann, to “get back into her cave and roast”. But she’s a fucking badass and needs to be on display for everyone to see her work her craft.

Maybe I’m just getting flashbacks of being an IT Tech, locked in a basement, away from the rest of the company. To be fair to my old employers, I’m much sexier if you don’t see me.

I feel like I’ve done these jokes to death, so instead, I’ll focus on the positive. 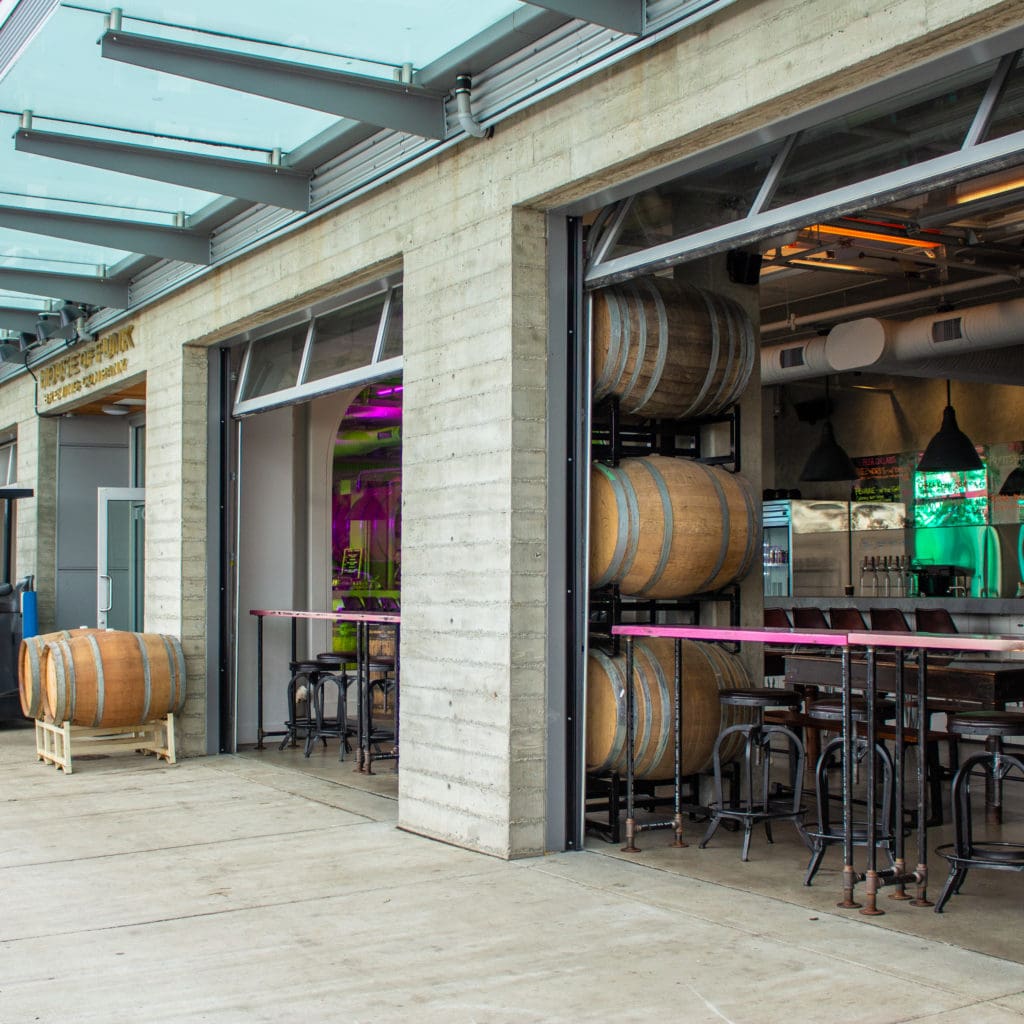 There’s loads of free parking in the area, as well as the Seabus Terminal being about 10-15 mins walk away. As such it’s definitely a destination rather than a random place you stumble upon. That being said, if you treat it as an excuse to drink coffee and booze, you won’t care that’s you’re getting rained on 25 hours of the day.

Ah damn it, I did the jokings.

I mentioned James earlier. He’s probably been told about this review and is reading this right now. So I should probably start by saying that despite his racial handicap, he’s a pretty awesome bloke. I mean not as good as a proper Brit, but the Irish are basically English anyway.

The rest of the staff will welcome you as if you’re family from the second you walk in. They know their products well, they’re not pushy, they laugh at my terrible jokes and more importantly they kept my glass of beer full at all times during their recent latte art throwdown.

Also, Kurtis allowed me to berate him as he learned latte art. I sadly couldn’t make him cry, despite my best efforts.

They’re also huge supporters of the coffee scene, having thrown a number of latte art events so far. Madelaine organized these events like a rockstar and it was inspiring how well she can coordinate the boozed-up morons as the events led on into the night!

It’s great to see newer coffee shops getting stuck into helping build the community and some of the old school coffee types in Vancouver can definitely learn from the newbies.

It’s been AGES since I’ve been impressed by a bathroom! Actually, to correct myself, BathroomS. There are two, they’re nice and big, plus one of them is decked out in funky UV lights. 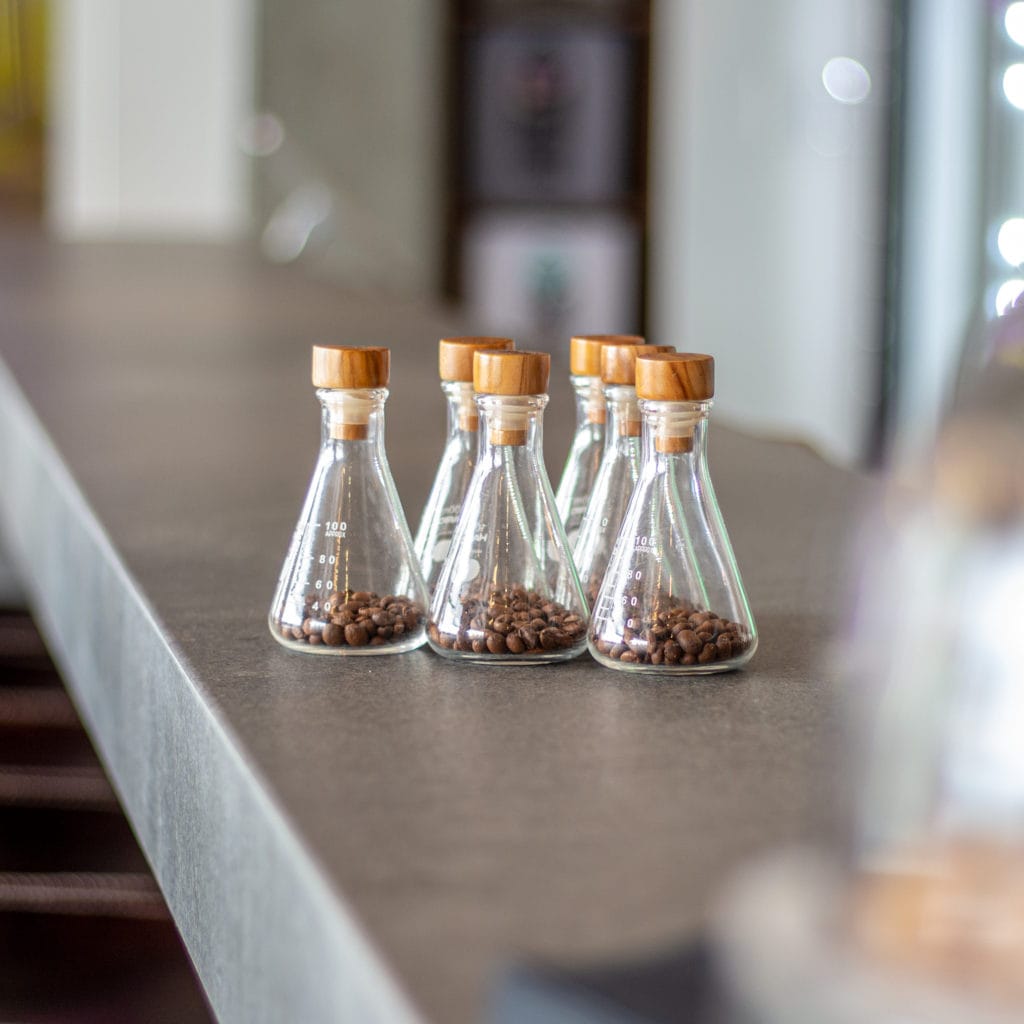 House of Funk is one of those rare places that tries two very distinct things and nails them both. They have an amazing beer program but they also manage to somehow pull off one of the best coffee lineups in the city.

It really is that good. 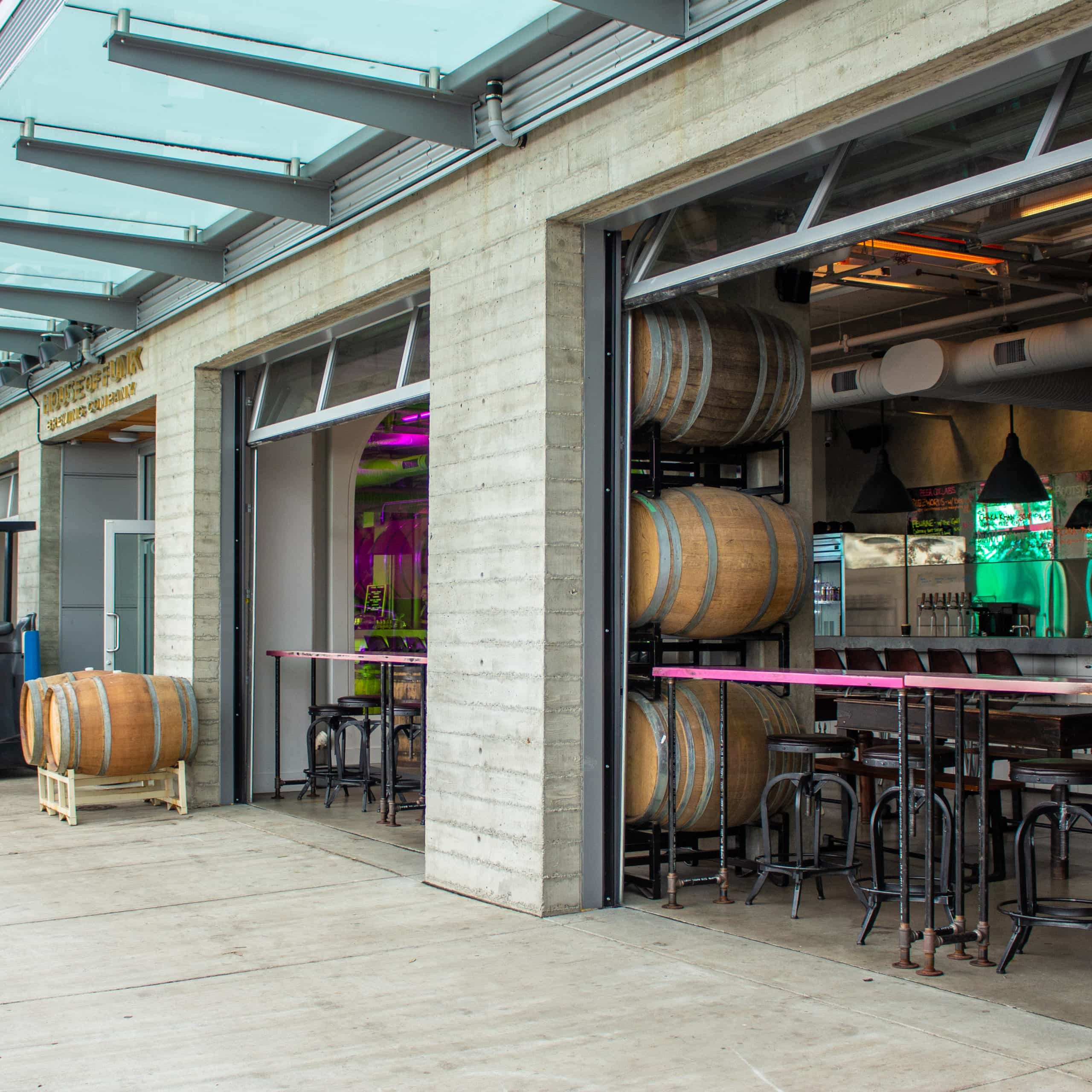 An Interview with Ann, The House of Funk Head Roaster