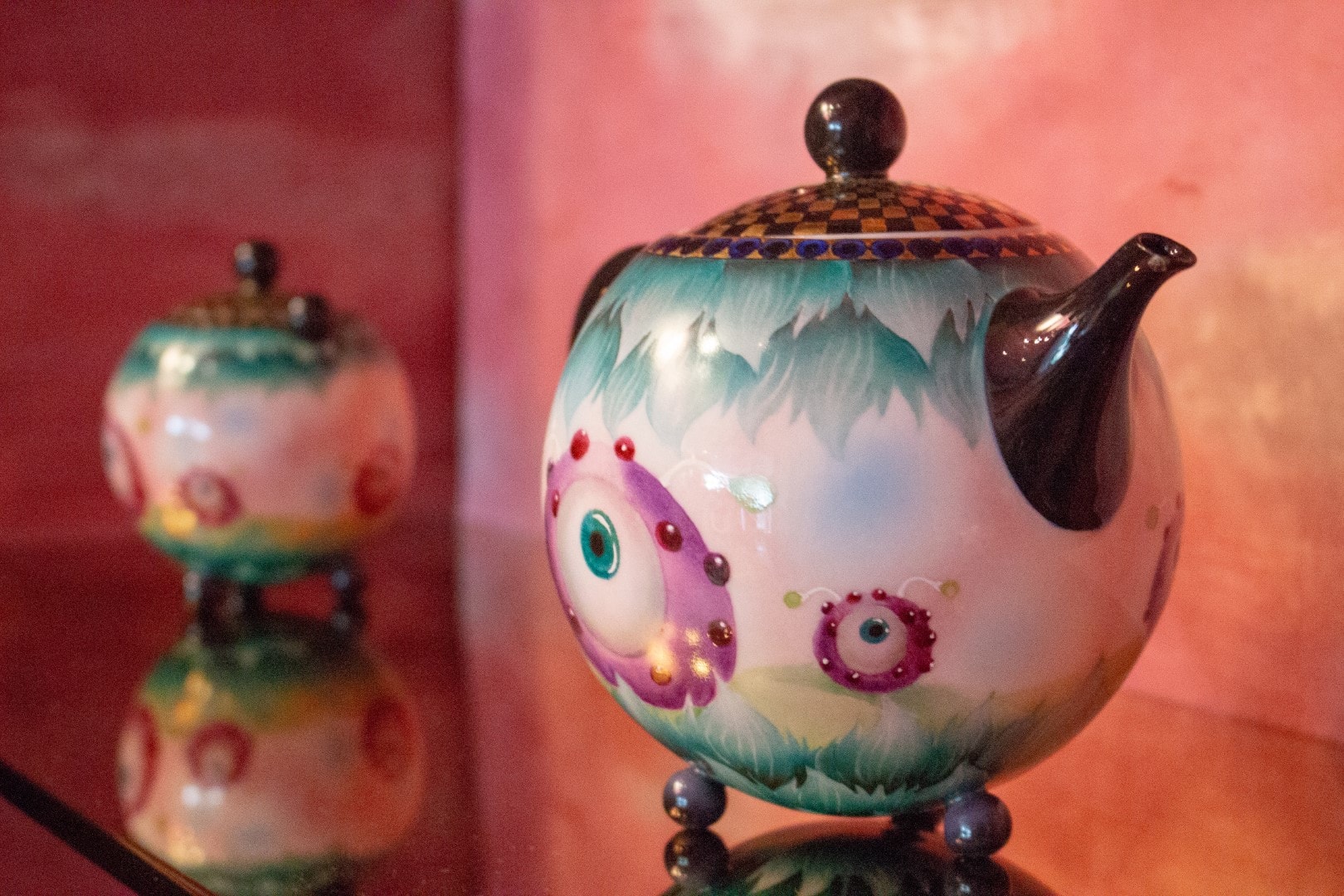 Groundbreaking, whimsical, awe-inspiring and a delight for the eyes are all things that I’m sure the West Ends newest coffee shop, Laurence and Chico, want to be called… but, unfortunately, I can’t even possibly bring myself to call this place a toned down version of any of those words.

Laurence and Chico is one of the daftest, most uncomfortably pretentious and ‘weird for the sake of weird’ places I’ve ever been in my life.

Before I get into the actual beverages themselves, I should point out that even if you’re having your drinks to stay in the venue, they’ll serve them in paper cups. I asked “why?” and got the answer, “because the owners are fashion designers, they wanted the cups to look a certain way, to match the aesthetic”. Think about this for a second. Whilst the City of Vancouver is taking active steps to cut down on single-use containers, Laurence and Chico have taken the stance that they are not interested in contributing due to it not looking good.

Because fuck the environment, am I right? 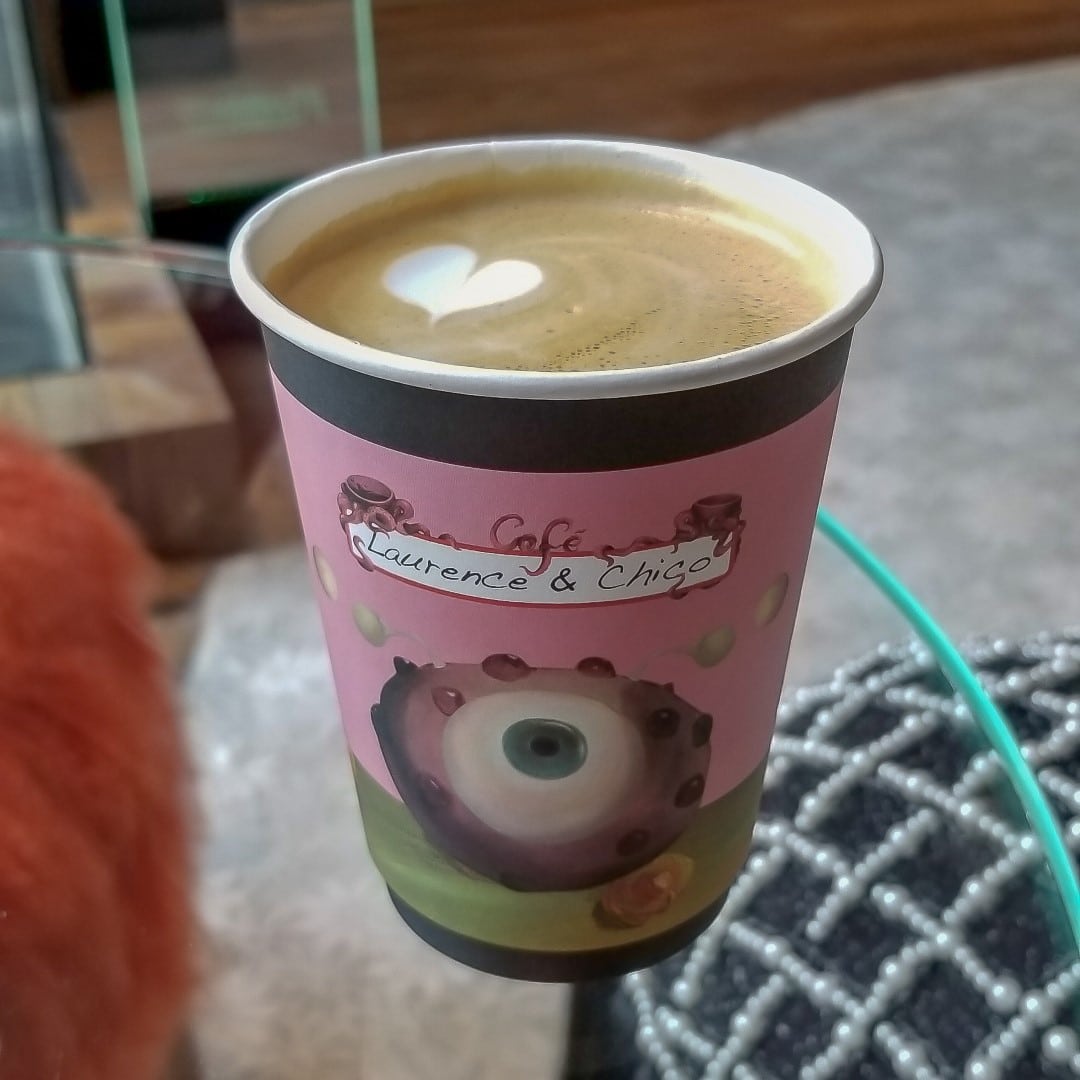 They’re starting on a good foot with 49th Parallel as their roaster, but sadly they can’t even make one of the most versatile beans in the city work for them. On my three visits, I had three lattes, the first two were scalding hot and the last one was the right temperature but I feel like the espresso ratio was way off as it had an astringent taste to it.

Another sad effort. It tasted like they massively over-extracted the espresso shot. The thing was astonishingly hot and lacked any of the body you’d expect from an Americano. 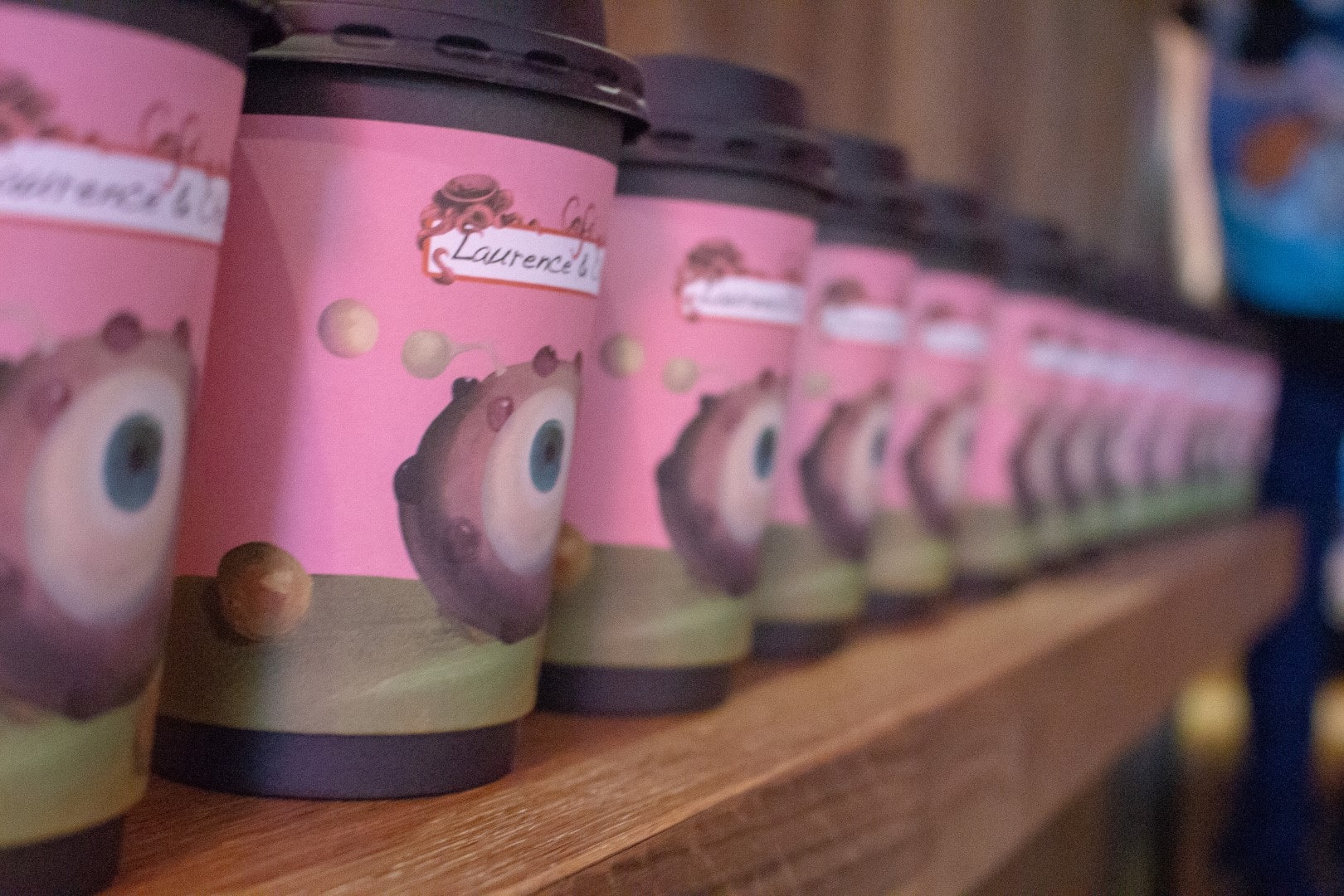 Apparently they’re going to serve high tea eventually. As a brit this makes my eye twitch…

Lemon Meringue – $5.45
This was a delightfully zingy and enjoyable sweet that looked and tasted fantastic. The pastry was a perfect balance of buttery with a crisp bite and the meringue was light and fluffy.

Of course, this was all spoiled by the fact that, despite me eating this INSIDE THE VENUE, they insisted in serving it to me in a giant, wasteful cardboard box.
Double middle fingers to the environment I guess

Ham and Cheese Croissant – $6.35
Oh dear, what a sad effort. This would otherwise have been quite delicious, but the back of house staff must have put the thing in the oven on a low setting because it came out dry and only slightly warm. 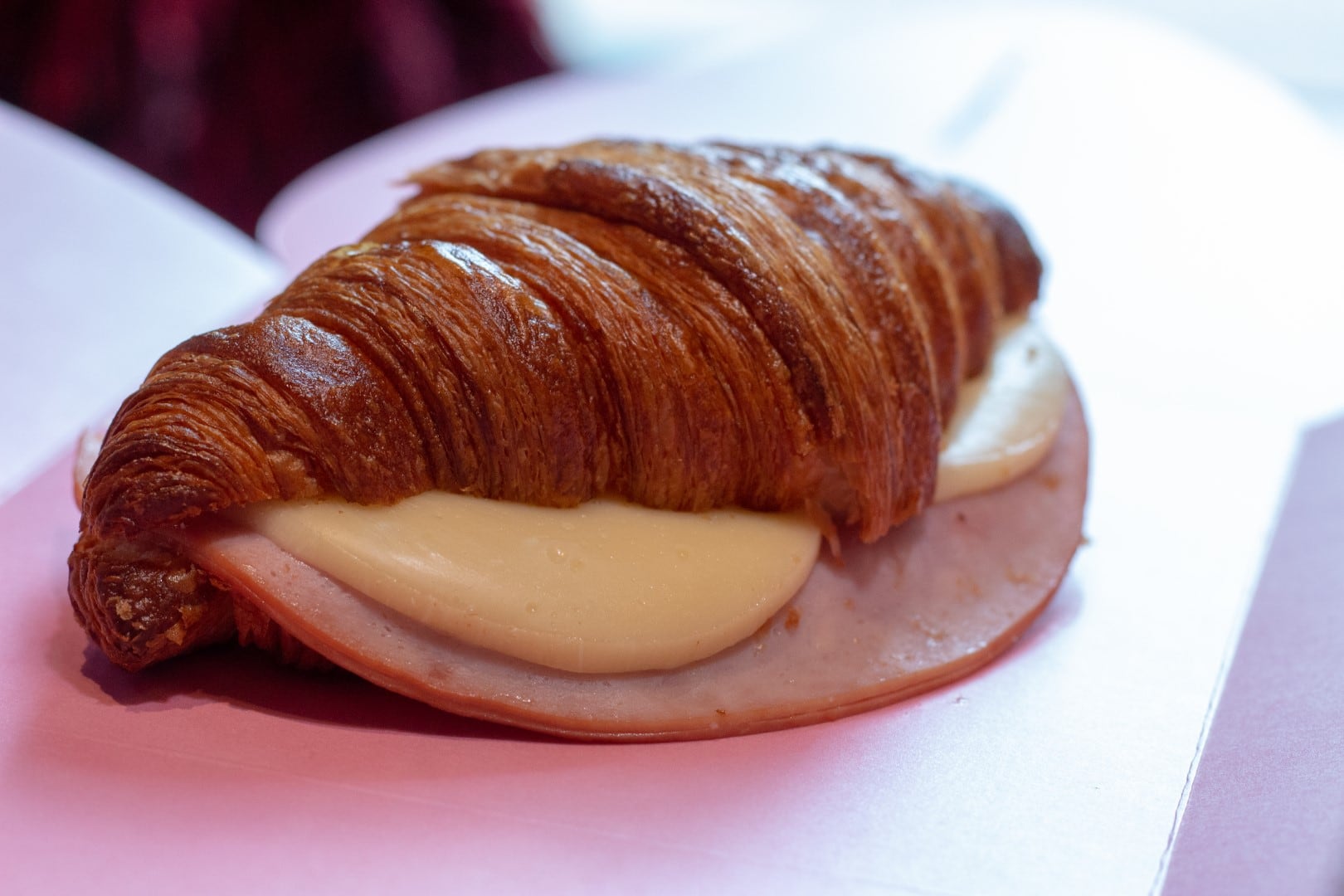 The sad looking melted cheese may have worked well with the ham, but both were lukewarm and all you got was a slightly strange not-quite-cooked cheese taste to the whole thing.
Also, it came in an EVEN BIGGER BOX THAN THE BLOODY MERINGUE! Damn it Laurence and Chico, I only have so many middle fingers to give to the environment!

My interactions with the staff were overall pretty positive.

Day 1 was their opening day and I found that some of the staff were a bit bewildered at the whole place. On my subsequent visits, I found that they were friendly and seemed to know about their products well enough. All three times my drink was put on the bar without announcement though, which could be improved, given that this is the kind of place you’ll probably want to explore while waiting. 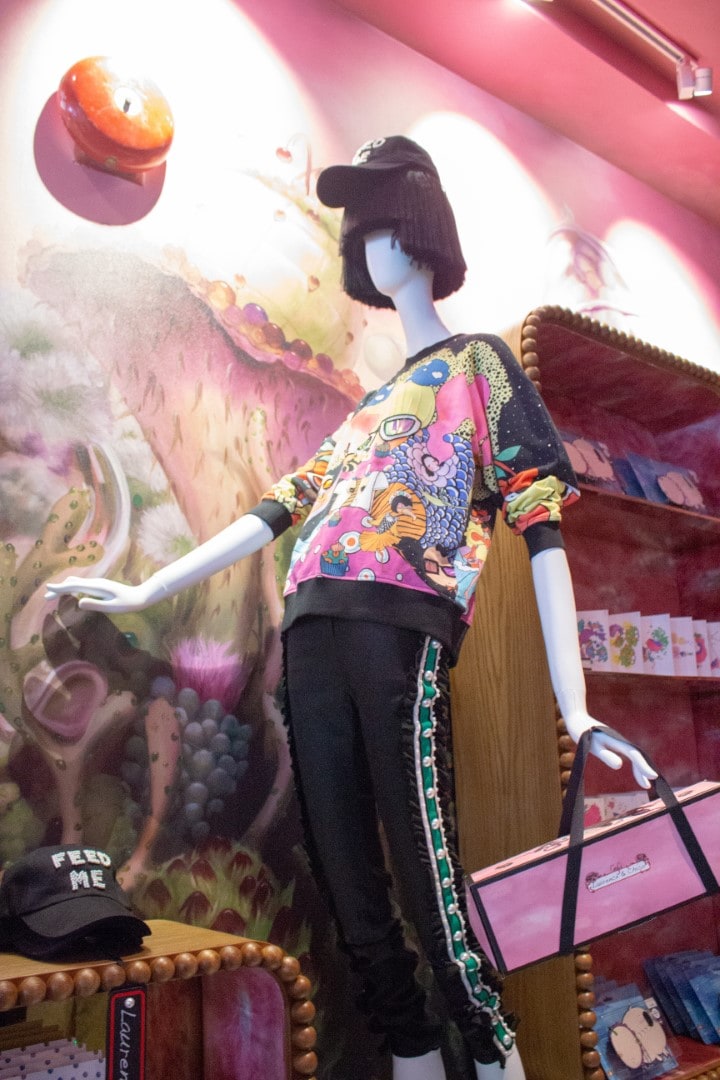 To any of the staff reading this, I just want to say that you’re absolute rock stars having to put up with the ridiculous glam/predator hats they make you wear.

Well, my imbecilic friend, Laurence and Chico have got you covered.

They’re either intentionally wobbly, have weird bumpy bits on them that try to force their way up your bottom or they’re covered in uncomfortable beads. 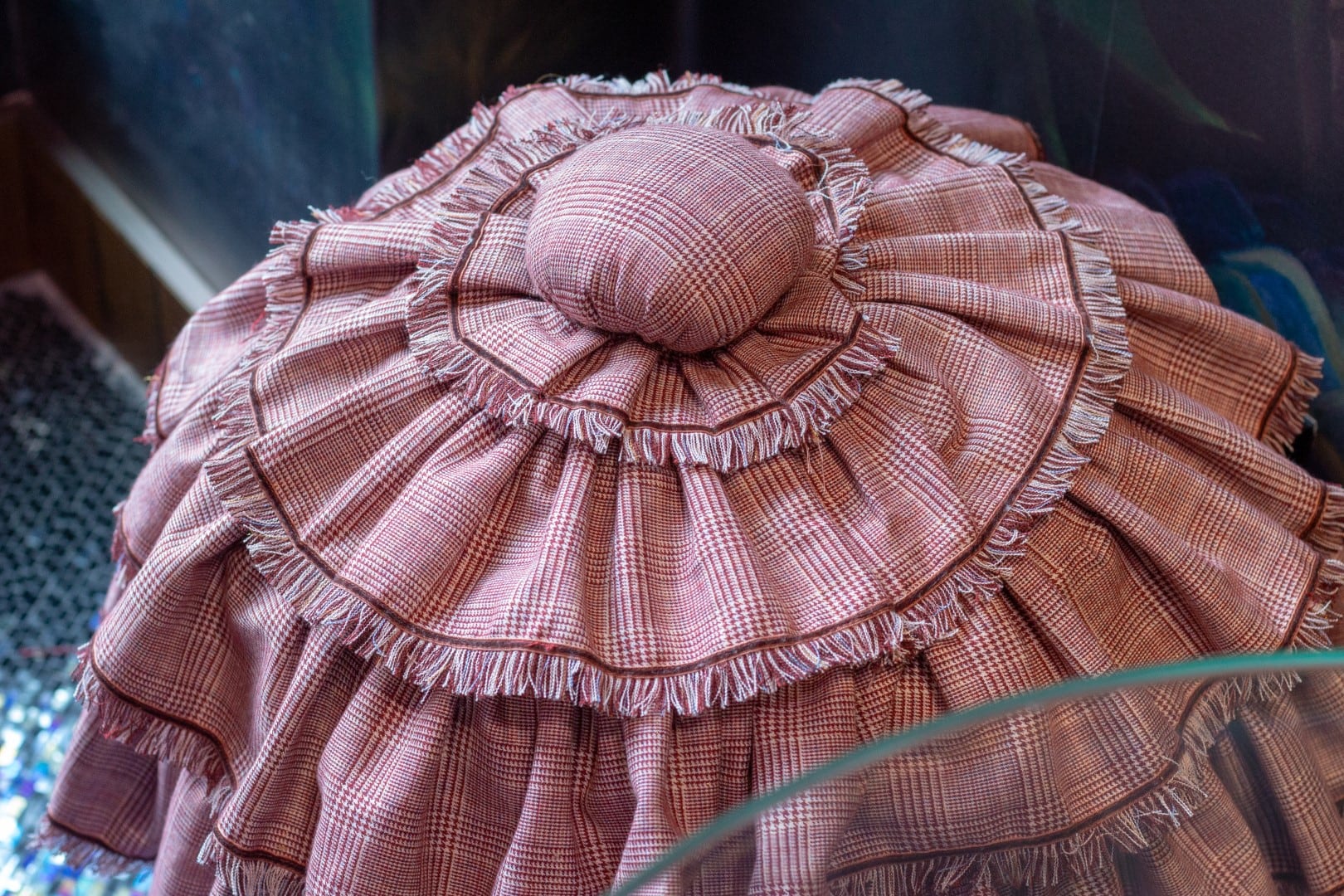 The tables all have tentacle things coming out of them, which makes it close to impossible to put anything other than cups on them, which is really annoying due to the GIANT boxes they serve their food in (I struggled to get even one box on it). 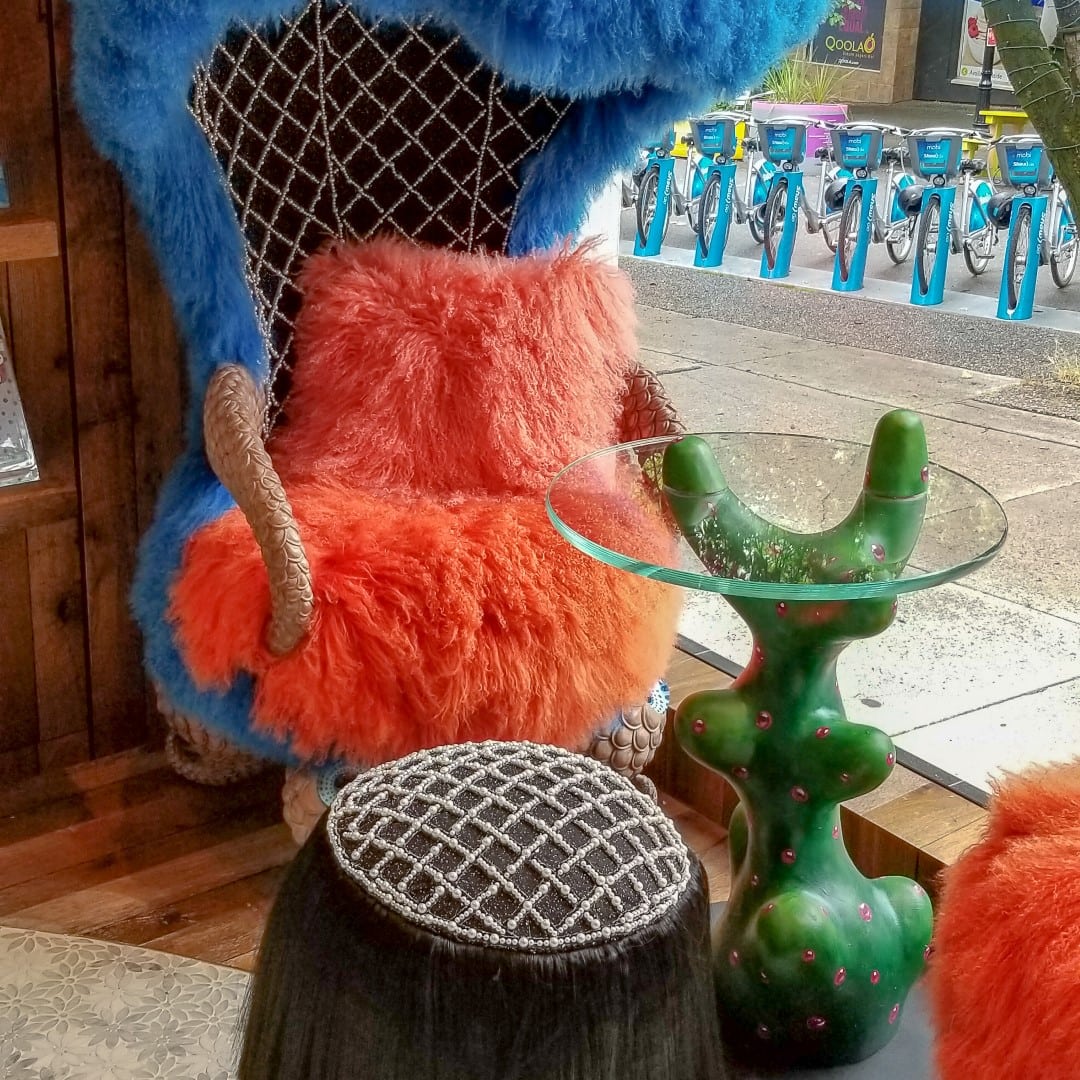 But it looks cool, right?

No, no it fucking doesn’t.

I really do want to commend Laurence and Chico for pushing boundaries in design. I get it, I really do, we need more pizzaz in this city. We need more culture. We need to get rid of the “no fun city” reputation. But seriously, this is purely a vanity project at this point. I’m the first to admit I’m egotistic, but seriously, look at one of the owners in this shot:

Then look at the mural in the toilet:

IT’S ONE OF THE OWNERS IN BABY FORM.

I can’t think of anything more egotistic and pretentious.

The ambience is another thing that completely failed. The first two visits had overly loud and out of tune operatic/orchestral music playing. It was about as unpleasant and I could imagine. It was so uncomfortable that it actually filled me with a dread like feeling as if I was starring in some sort of horror movie. The third time the music was thankfully turned off completely… but instead, the group of about 10 people in the middle of the venue on a full volume skype call were the soundtrack. The staff did nothing to stop this racket.

It’s in the west end, it’s just off Robson, there’s plenty of public transport and paid on-street parking. Watch out for the 3 pm time limit on the paid parking in the area though. 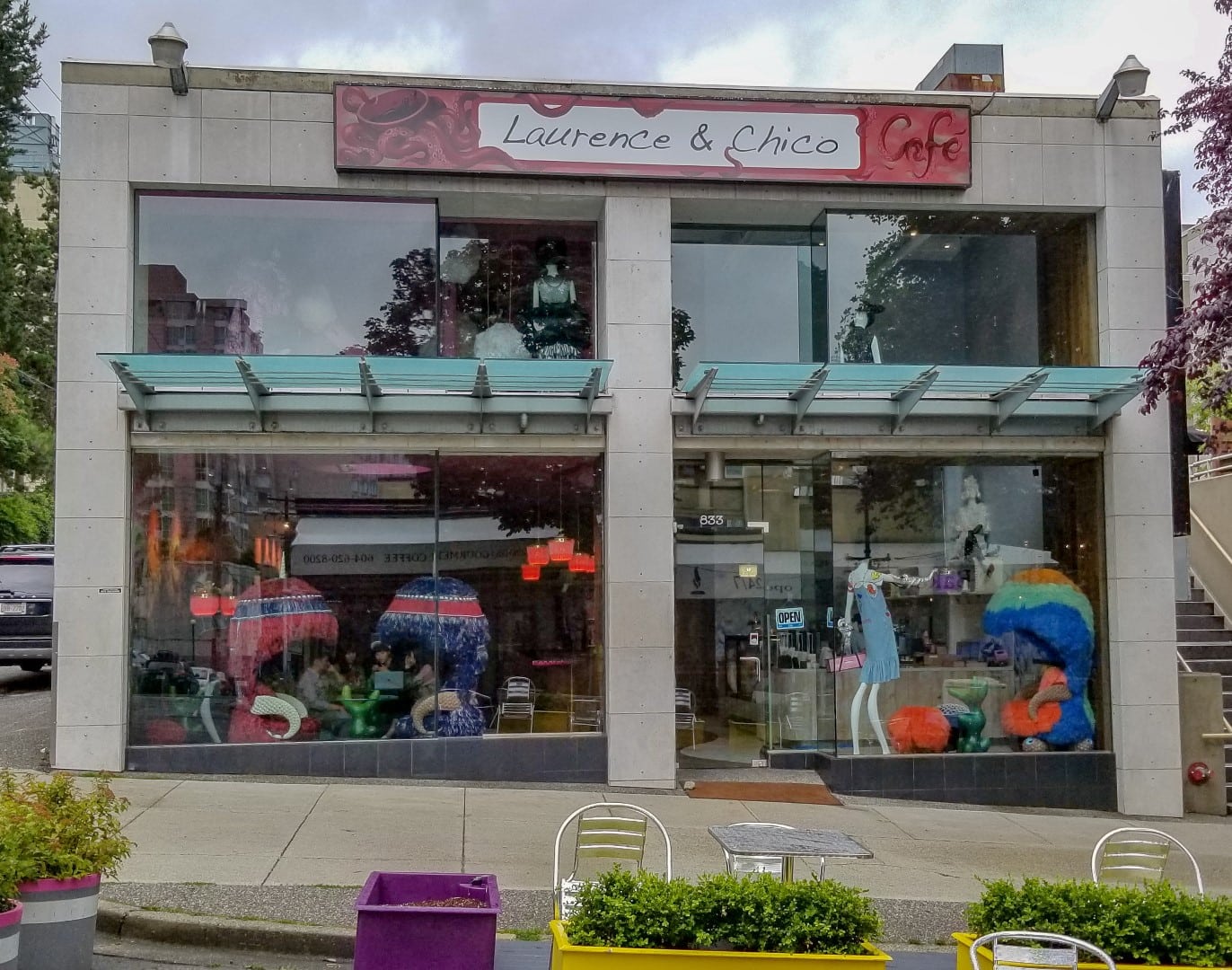 I know I bashed the mural in one of the loos, but the rest was actually pretty good fun. There are two bathrooms, one is a trippy mirror like affair that didn’t even make it past the first day without getting smashed and the other is a yellow duck themed adventure, with about a million rubber ducks on the roof. I’ll admit, I thought that part was awesome. Of course, I felt like I was being judged by strange duck-baby the whole time though. 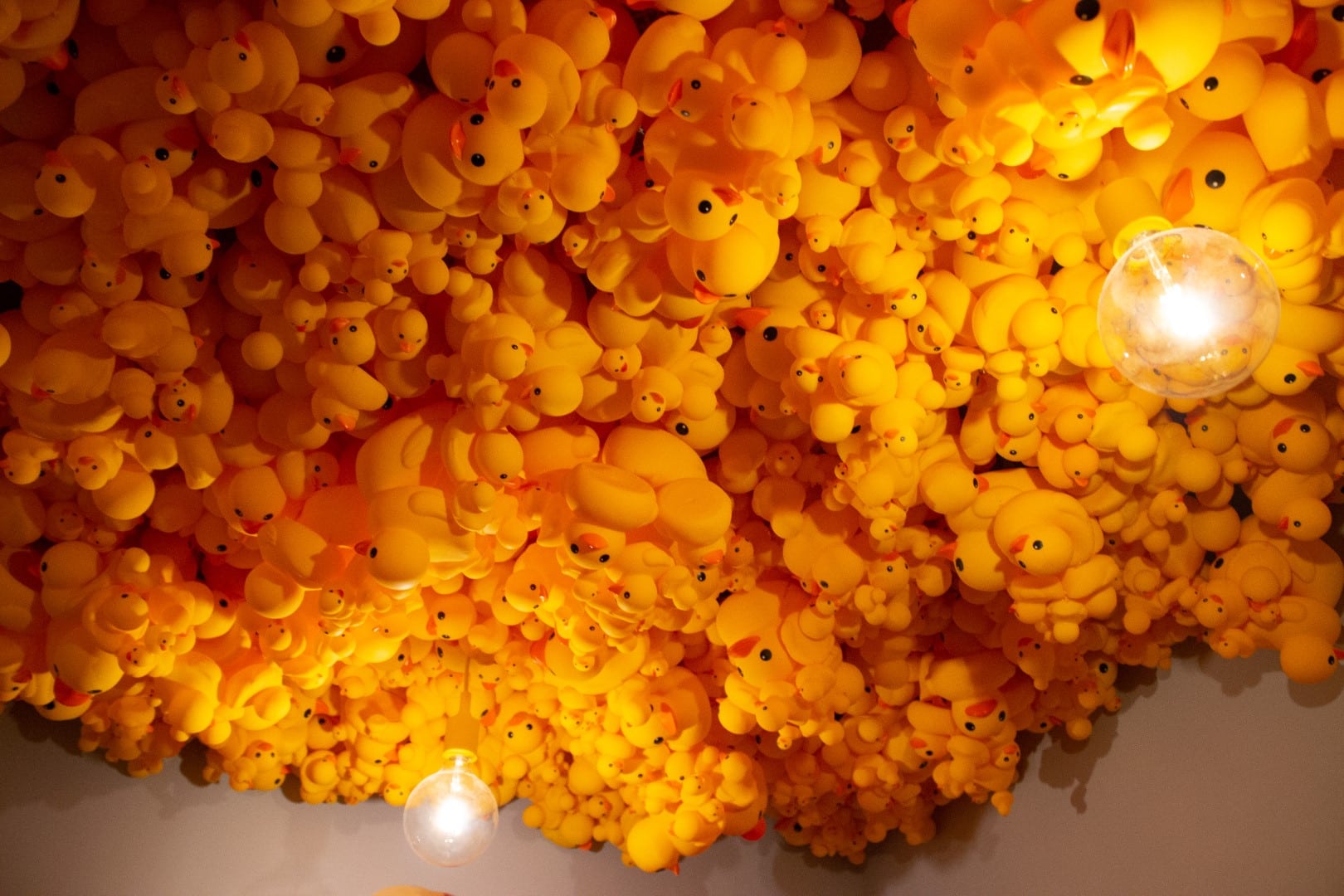 IT WAS COLD IN THERE, SHUT UP!

Laurence and Chico, I know what you’re trying to achieve – Alice in Wonderland weird meets funky fashionista inspired class, but you’ve got it SO VERY WRONG. All you’ve done is create a, quite frankly, unpleasant experience that gives a casual “screw you” to the environment so you can push your ridiculous fashion choices down peoples throats. Almost every part of this place seems to have been designed to make the visitor uncomfortable and I can truly say that I couldn’t wait to leave.

And for the love of God, do your part and go across the road and buy some beautiful cups and plates from CB2.