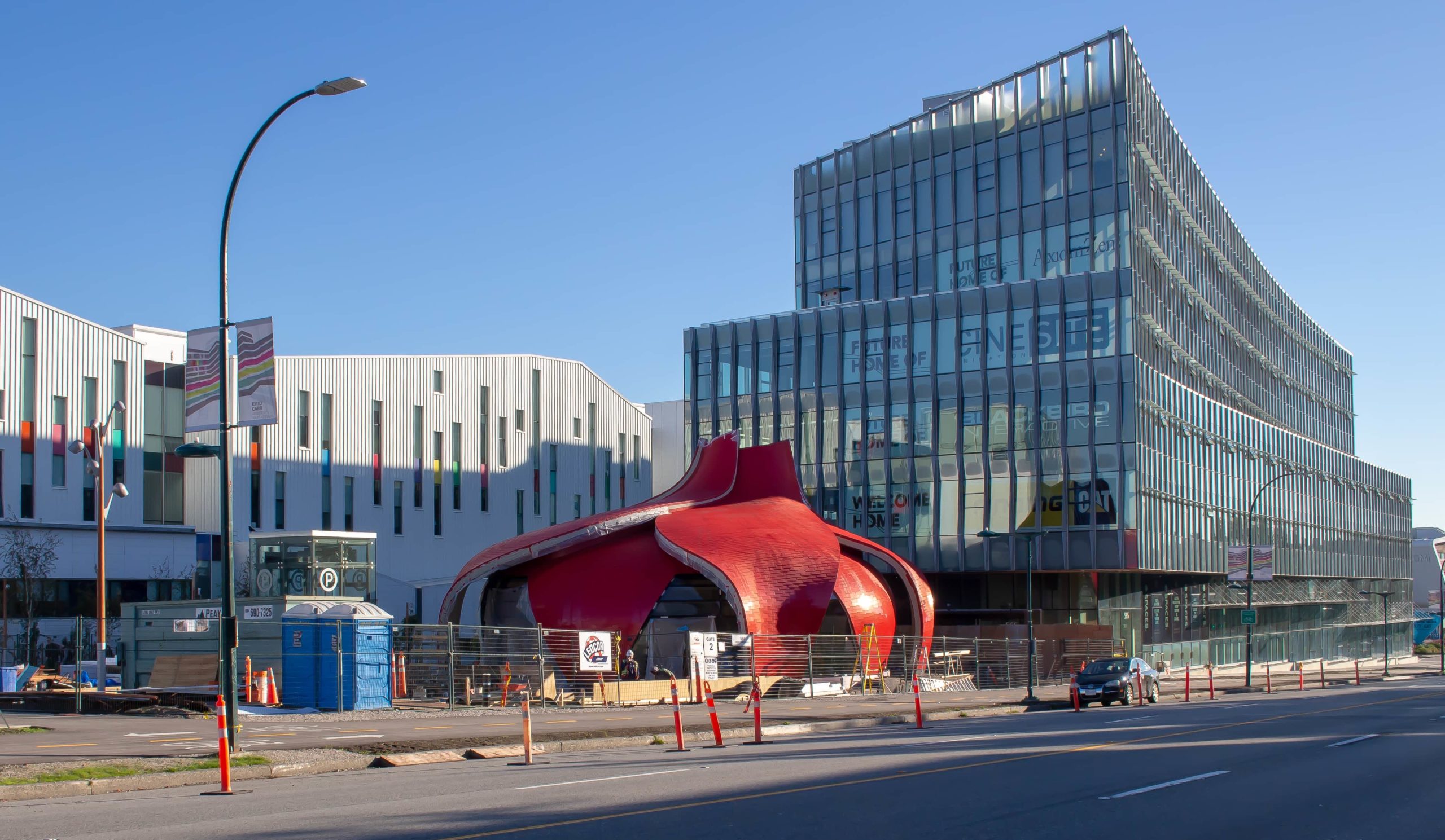 For a while now, there’s been an odd-shaped structure being built over at a location in Vancouver called South Flatz. It started at a little dome thing, then got a bit bigger, then random stuff got built around it and mostly I lost interest because Kafkas opened down the road.

But a couple of days ago, the team at the #1 rated coffee shop in Vancouver, Nemesis, announced that they are opening a second location, inside the odd-shaped structure.

The odd-shaped structure is a flower by the way and it’s in the Emily Carr complex.

Indeed! The new location full details are still under wraps but we can expect the usual great coffee, service and food, but this time they should have a roastery on site as well as a small garden to grow produce to use in their menu.

When does it open?

It’s a bit of a no mans land, but at the same time, it’s got a big ass office block that’s been built recently, as well as walking distance to Main Street and VCC Clark Skytrains. There’s also a few breweries within walking distance (Red Truck is close by as well as Strangefellows the opposite direction).

Parking should be easy around the area, with some paid lots and road parking for free. Loads of Mobi and car share spots around it too.

How do I find out more info?

My best idea for this would be to stop in to the Barista Showdown at Nemesis on the 20th October and proceed to get the owners drunk, so they blab!