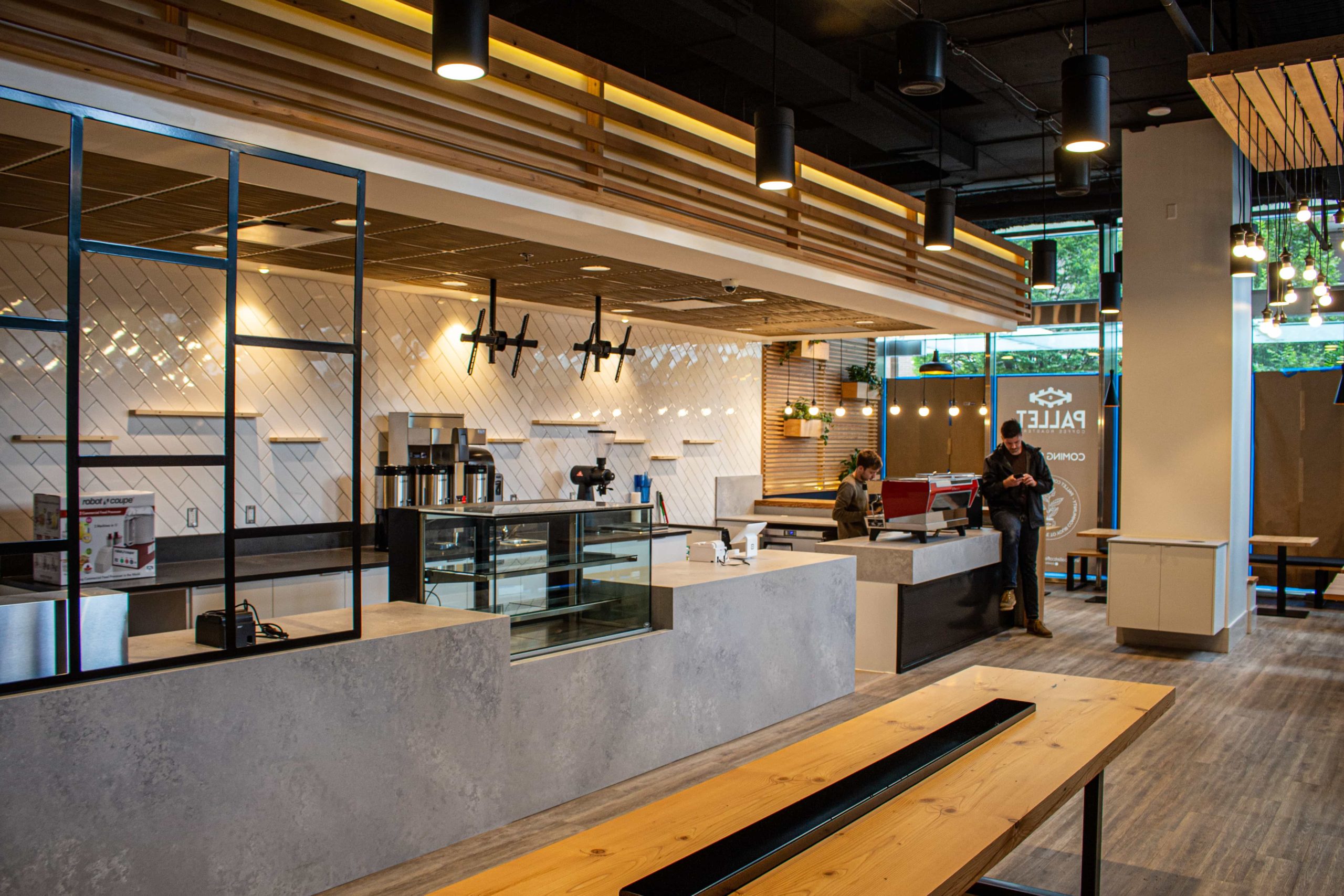 You almost certainly know who Pallet are already. They won roaster of the year in the Snobby awards in 2017 and 2018. In addition to that, they featured in the 10 best coffee shops of Vancouver lists of 2016, 2017 and 2018. They’ve been rapidly expanding over the last few years, so I got the change to take the first look inside Pallet Coffee Roasters Downtown (Howe and Nelson) today… and it’s going to be something pretty amazing.

The new Pallet is on the corner of Nelson and Howe streets, downtown. It’s in the old Nestle Tollhouse location (good riddance). 988 Howe Street.

What can you expect?

The idea behind this coffee shop is to take the high quality you know, love and expect from Pallet and fine tune it for the downtown market.  Think upscale but not pretentious.

What about the coffee?

First off they have an incredible new La Marzocco KB90 espresso machine. I wasn’t that excited when I saw this online, but honestly, in person this machine is beautiful. Sleek lines, Ferrari red and some cool tech inside it. 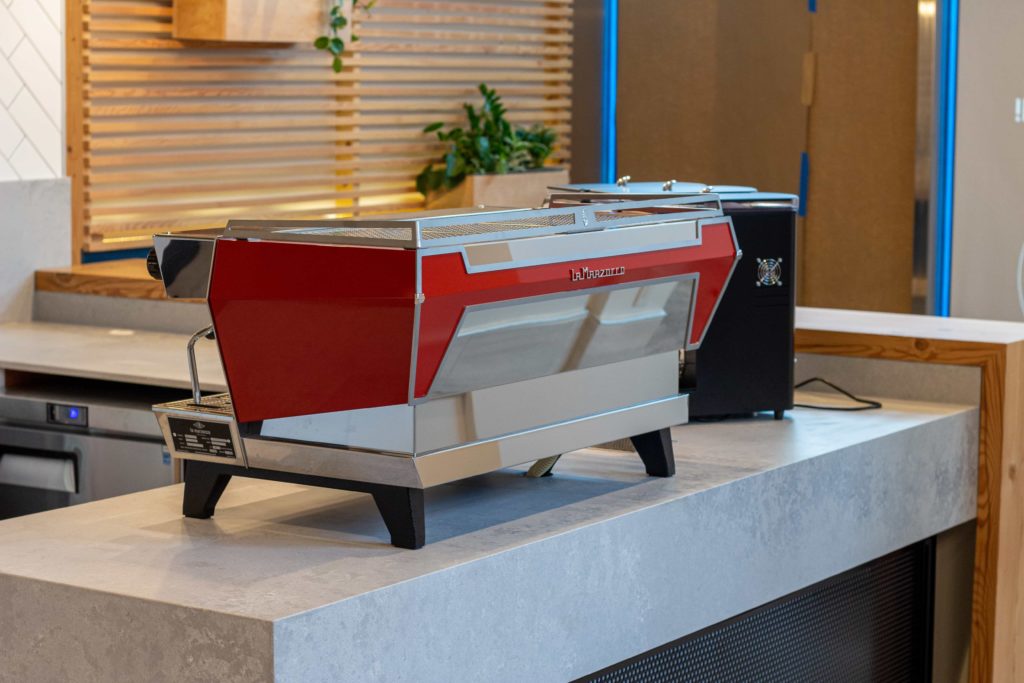 They’re using this machine to run their full espresso program you’re used to in the other stores.

For filter coffee they have two options:

A full pour over service with several choices for beans. This will be run from the end of the huge bar. 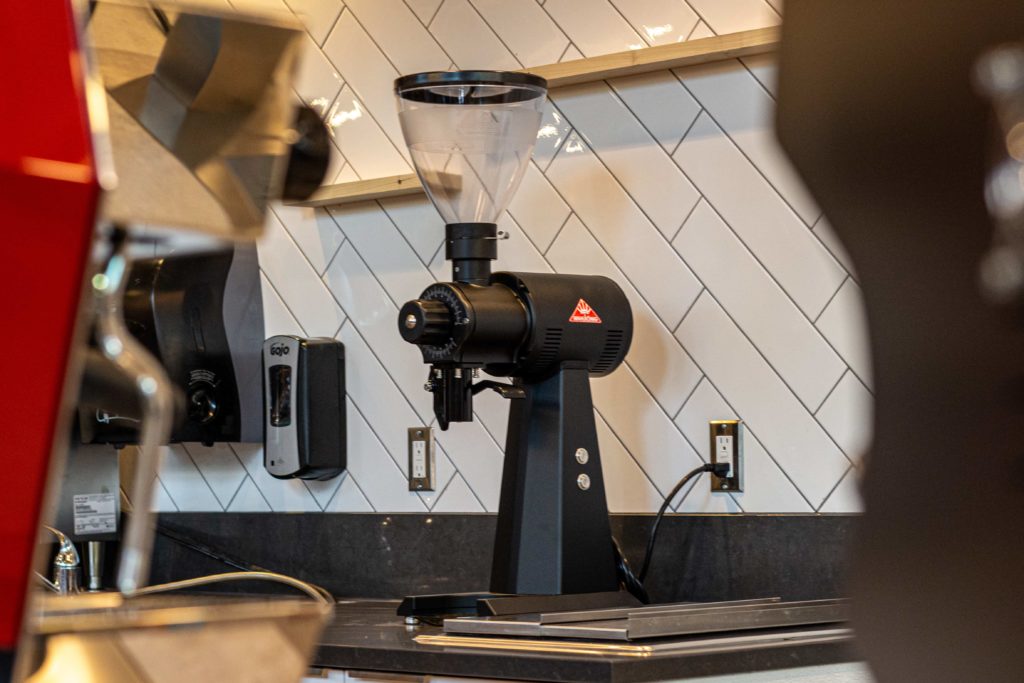 The alternative is three batch brew options. I spoke to Ben, their director of coffee, who said one of them will be an approachable staple that won’t change, the other will be a rotating choice and will be on the more adventurous side.

What about the food?

They’ll have several grab and go options such as sandwiches, but there’ll also be a full kitchen, with a few downtown specific dishes. These are tightly under wraps at the moment but as soon as I try them I’ll let you know! 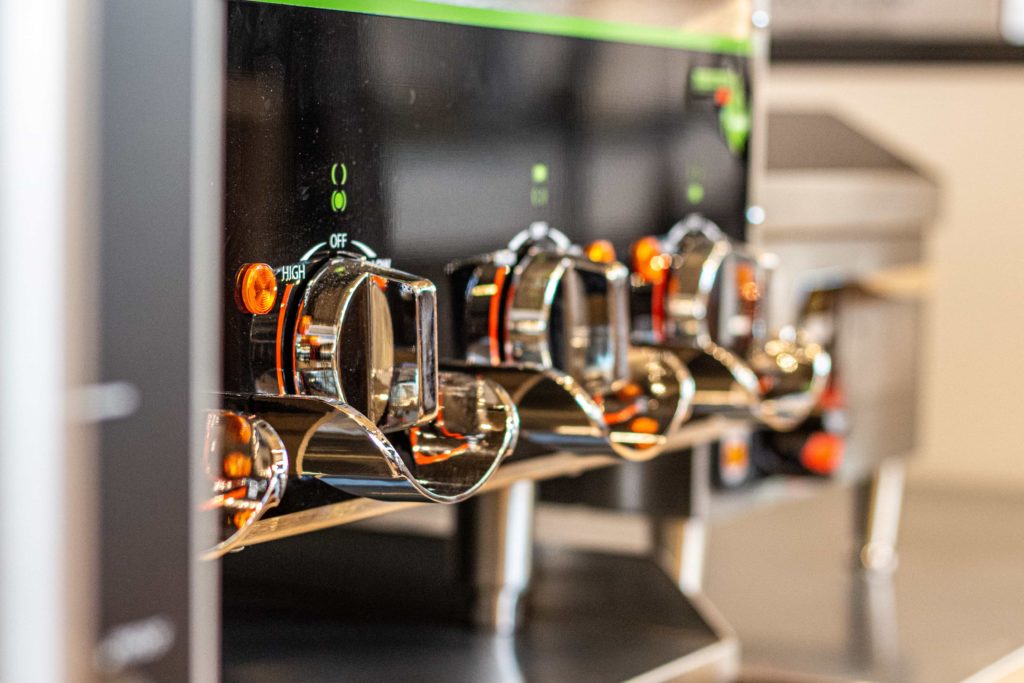 There’s also a prep area for custom made sandwiches. 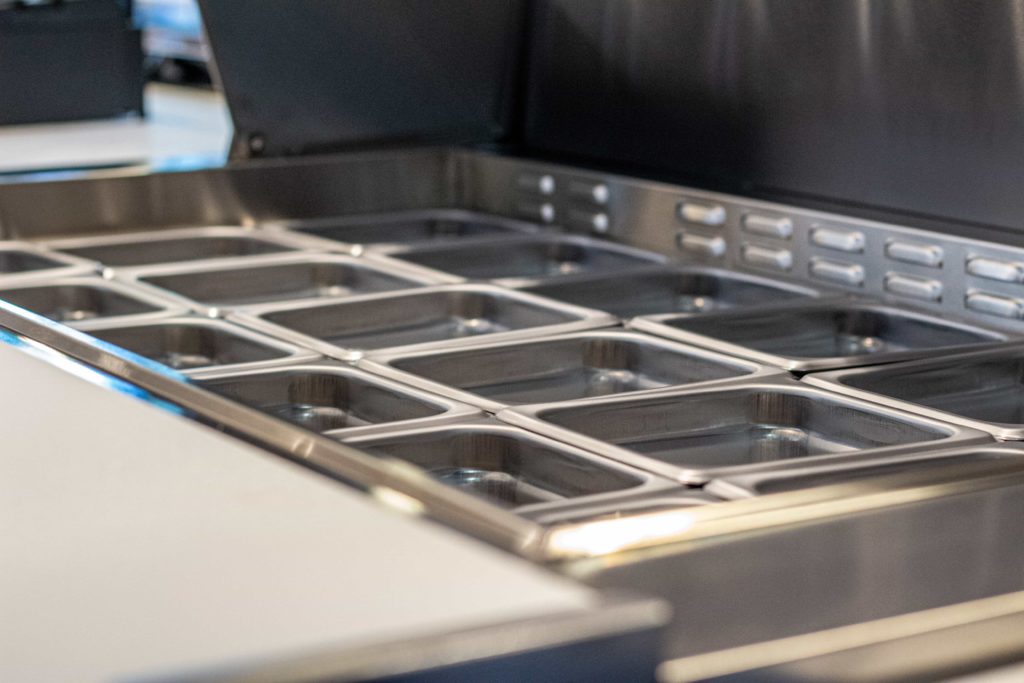 All food served in house will be run to your table, but this is not going to be a full table service experience, with wait staff.

What about the venue?

It’s not 100% finished yet, but I’d guess there’s probably 50 seats in there. There’s a ton of two-person tables as well as bar seats, window seats. 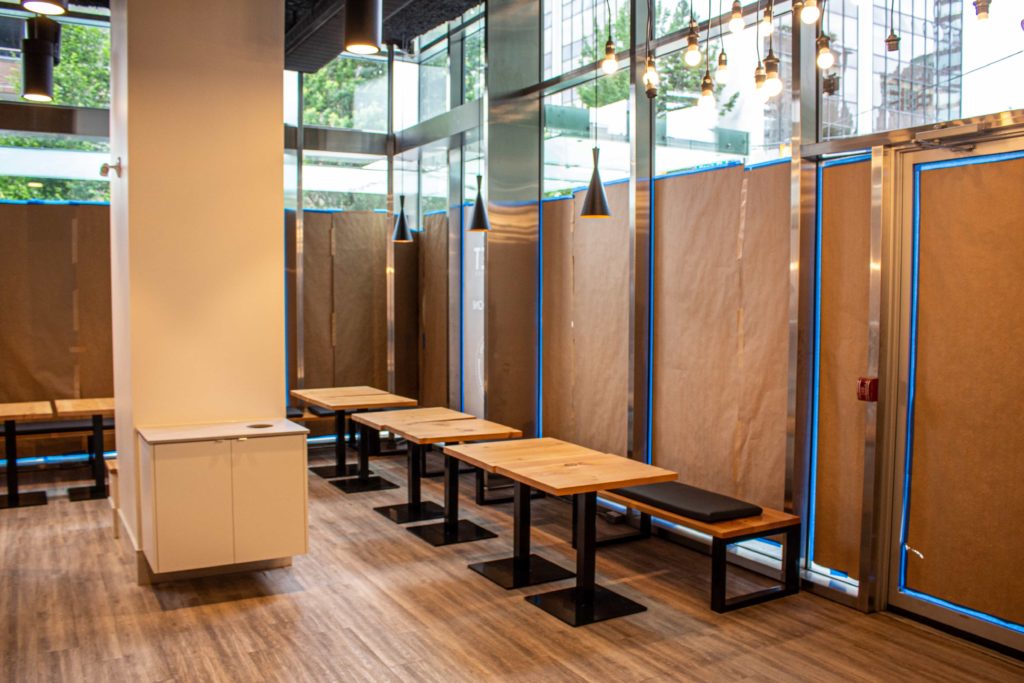 My favourite is the communal table! 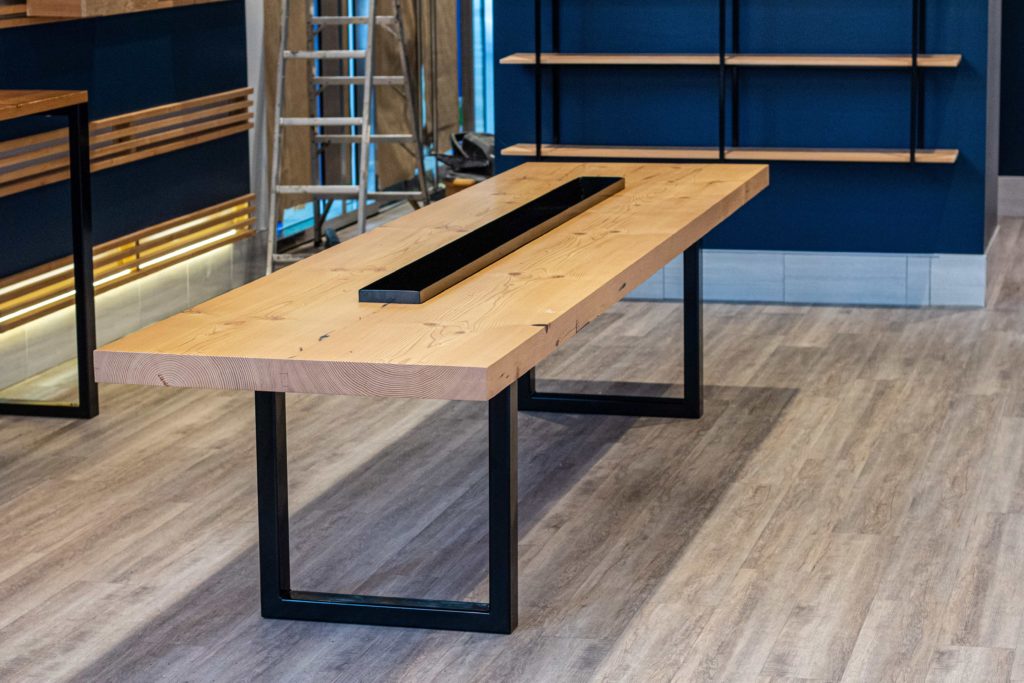 It’s a beautiful, bright and airy venue that’s going to cater really well to the business and local crowd. If you want privacy the tables are small enough and spaced out enough for you, but they can be pulled together for bigger groups. The decor is high end, just like the other venues, with wooden pallets featuring prominently.

When does it open?

No solid opening date yet but keep an eye on my Instagram and I’ll mention it as soon as I know. 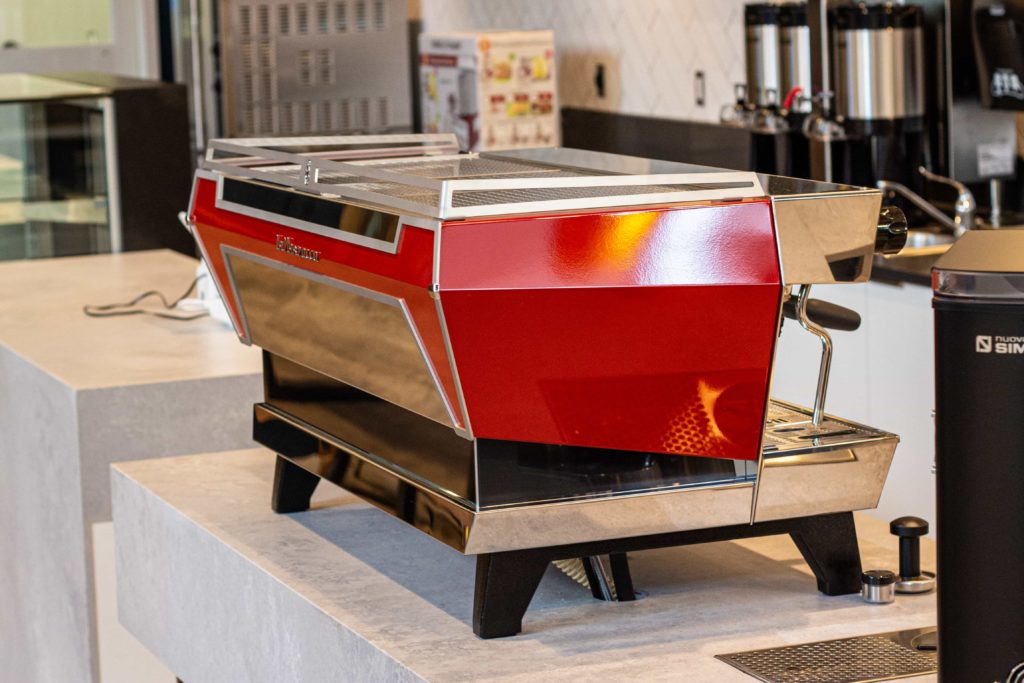 BUT WHAT ABOUT THE BATHROOMS, VCS!?

There’s two and they’re clean enough to eat your food off the floor! Don’t though, that’s weird.