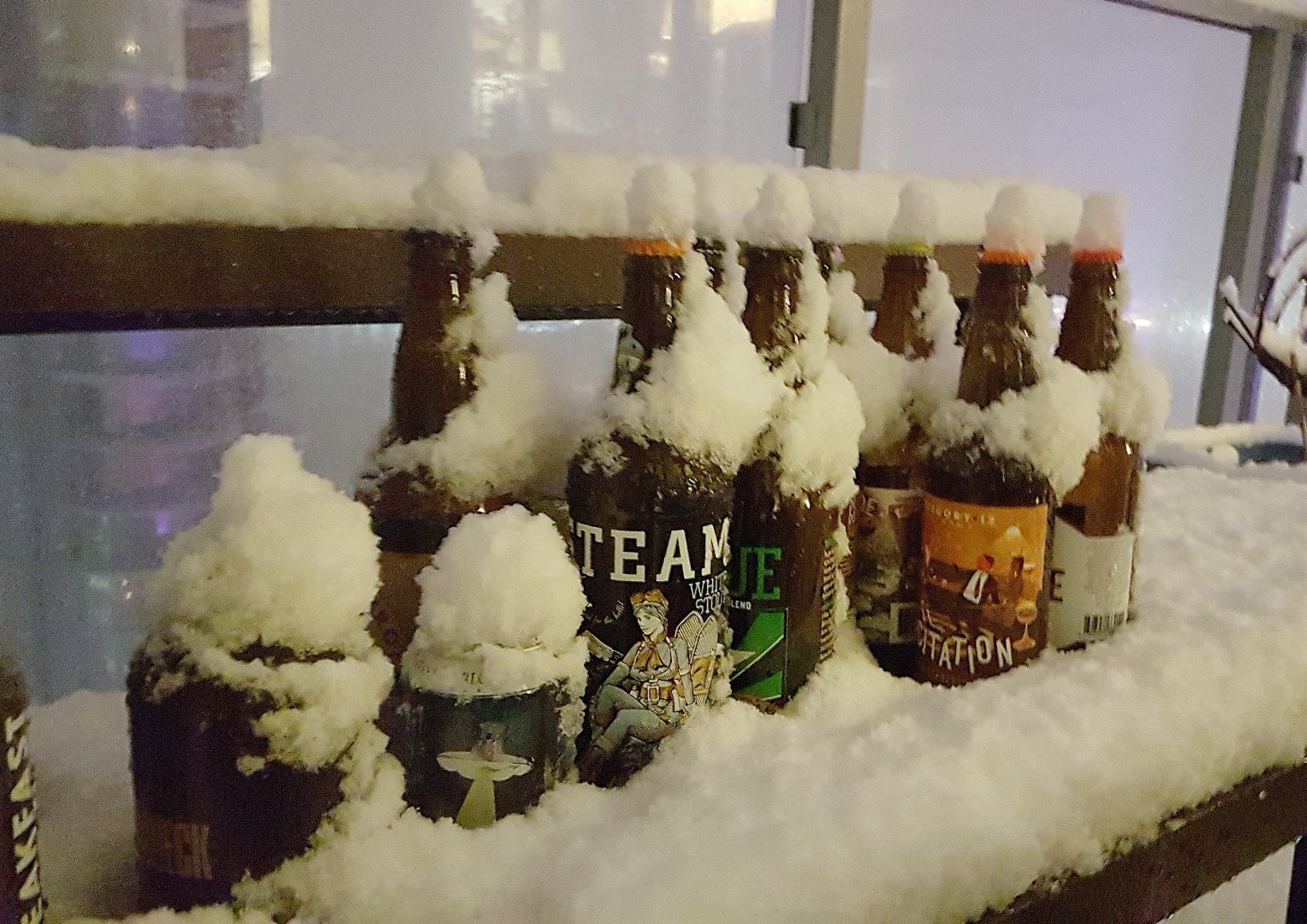 Here at VancouverCoffeeSnob HQ there’s only one thing that gets me as hot and bothered as coffee and that’s beer. What’s not to like? It tastes good, it’s full of carbs (which your brain needs to function), it’s got a lot of the same ingredients as bread (and everyone likes bread), I get way funnier when I’ve been drinking and I definitely get better looking.

So when I started to see coffee being infused into beer a few years back I was more excited than that one guy who was smart enough to invest in snow tires this winter.

2016 has seen a ton of great coffee beer and, quite frankly, some of the most god awful swill that has ever been produced. So I did the responsible thing and tried as many as I could.

Now, I’m no beer tasting master, so I decided to enlist the help of some trusted friends as well as the ever lovely ‘Mrs VancouerCoffeeSnob’, to act as my ‘sexy scientists’ for this experiment.

We blindly sampled each beer, wrote down notes then discussed whilst revealing what beer it was. No set criteria on any parts of the tasting process really, it ultimately boiled down to whether we liked the beer overall or not.

Here are our findings in order of which we tried them, take these results with a pinch of salt, as we were pretty drunk by the end. 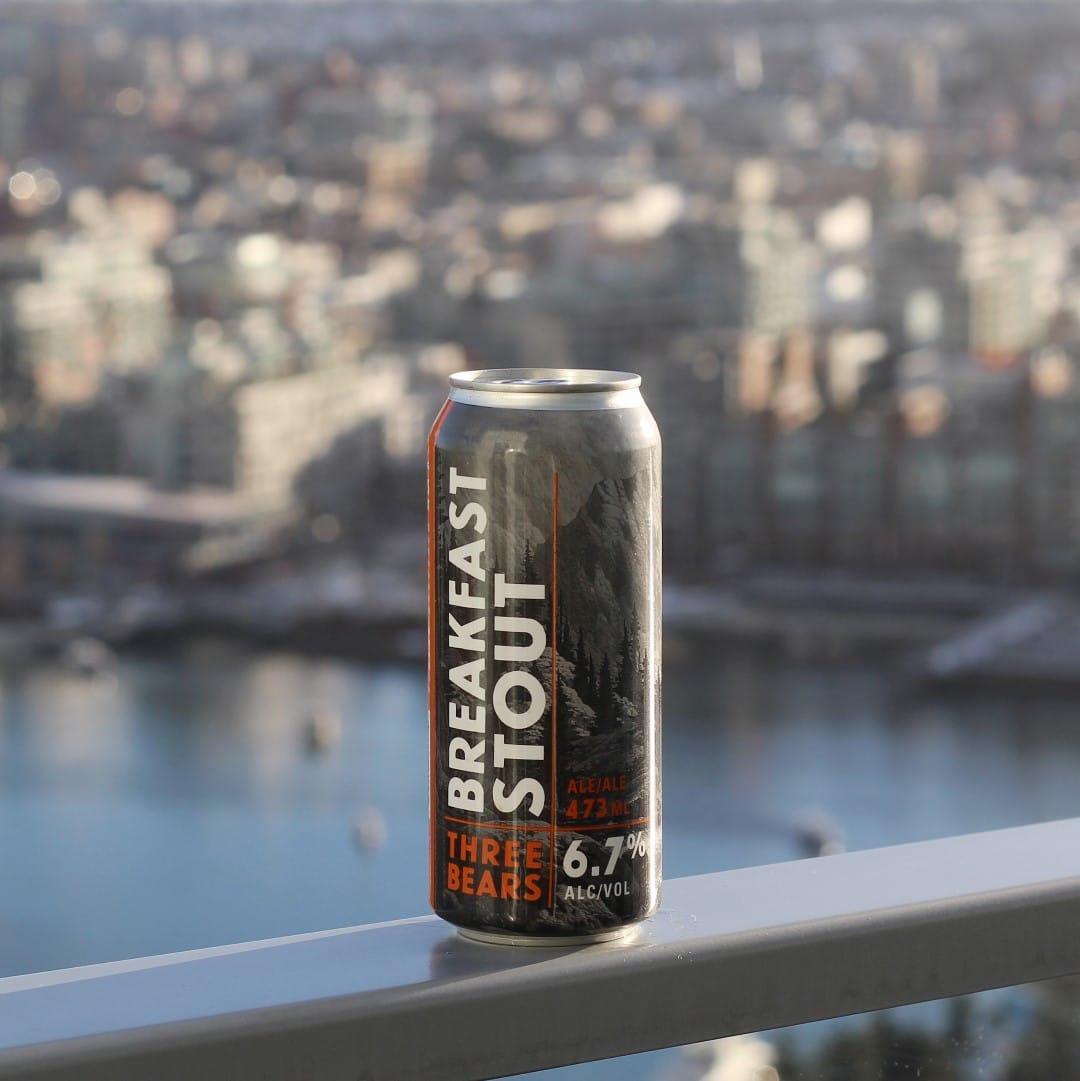 Holy hell, we’re off to a bad start. First sip of this is an uppercut of overly strong and bitter stout taste with a follow up right hook of stale coffee grinds. The second slurp has me against the ropes with some lower body blows of a weird hop taste which I try to defend against, but ultimately it distracts me enough to get a swift kick to the family jewels with its overly sugary aftertaste.
The grimaces on the sexy scientists faces are enough for me to know they’re suffering the same fate.

Coffee Beans by Bows and Arrows. 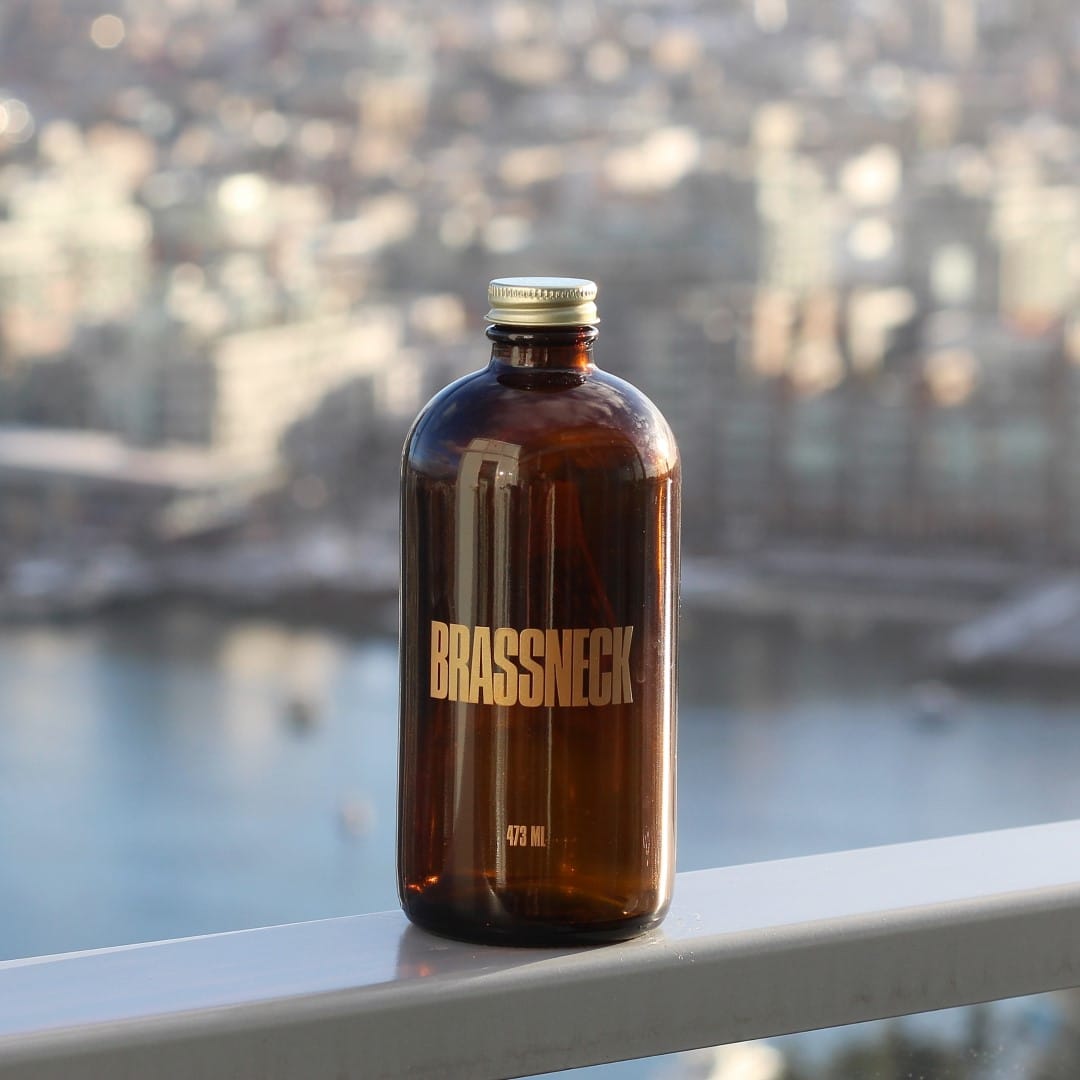 Thank the beer gods, this one is much better. It’s a lighter ale so the coffee shines through nicely, with balanced flavours from the beer and what tastes like a medium to light roast coffee (although it’s tough to tell). The beer has a great body to it, not too thin and not chewy and thick like a stout. Overall a very enjoyable beer but probably less of a session beer and more of an experience beer.

NOW we’re talking – this beer is fantastic. I’m already a huge stout fan, but I’ve only ever had a white stout once, in Portland (at Cascades brewery in case anyone is interested). The aroma of this beer is probably the best I’ve ever smelled of a coffee beer. It smells exactly like freshly ground coffee, which is odd considering the coffee for this wasn’t ground, it was put into the beer as whole beans, in order to keep the colour clearer.
The sexy scientists weren’t as enthusiastic. The general consensus was that the beer was a bit thin and the the coffee wasn’t strong enough. I’d agree on the last point – it would have been nice to have the coffee flavours come through a bit stronger, as Pallet have excellent coffee.

4. Fuggles and Warlock Bean Me Up Milk Stout

Coffee Beans by Notch (aka Oughtred).

Competition over, this beer is the best coffee beer on the market. I first tried this quite a few months back at CRAFT in the Olympic Village and have been recommending it to people ever since. This beer is an absolute masterpiece of balancing beer flavours with coffee. The milk stout on it’s own is a really great beer, with it’s smooth and sweet mouth feel (using lactose to sweeten beer will create this effect) but when you add in coffee from Oughtred coffee roasters’ highest range ‘Notch’, it really takes the beer to a whole new level of complexity. Yet, despite this beer being an enjoyable and complex beer to drink, it’s also wonderfully accessible, in that almost every person that tried it in my presence loved it.
The sexy scientists shared my sentiments – they all agreed that the balance was fantastic and one even commented, “I could drink those all night”.

Ok I know technically Portland isn’t local, but one of the sexy scientists was nice enough to bring this for us… and what a mistake that ended up being. This was really, really, really crap. The freight train of hop flavour made this less of a beer experience and more of a “holy shit, did I just eat a bar of coffee soap” experience. I’d rather lick the hand rail on a SkyTrain. Shame really, because I like Stumptown beans.
The sexy scientists all agreed. Or at least I think they did, most were unresponsive in the fetal position.

Coffee Beans by Bows and Arrows.

Thankfully we’re back on track with this beer. It’s slightly smoky, smooth and very drinkable. The coffee notes balance well with an otherwise very clean and light stout. I could drink this all night.
The sexy scientists unanimously agree that this is one of the best so far. 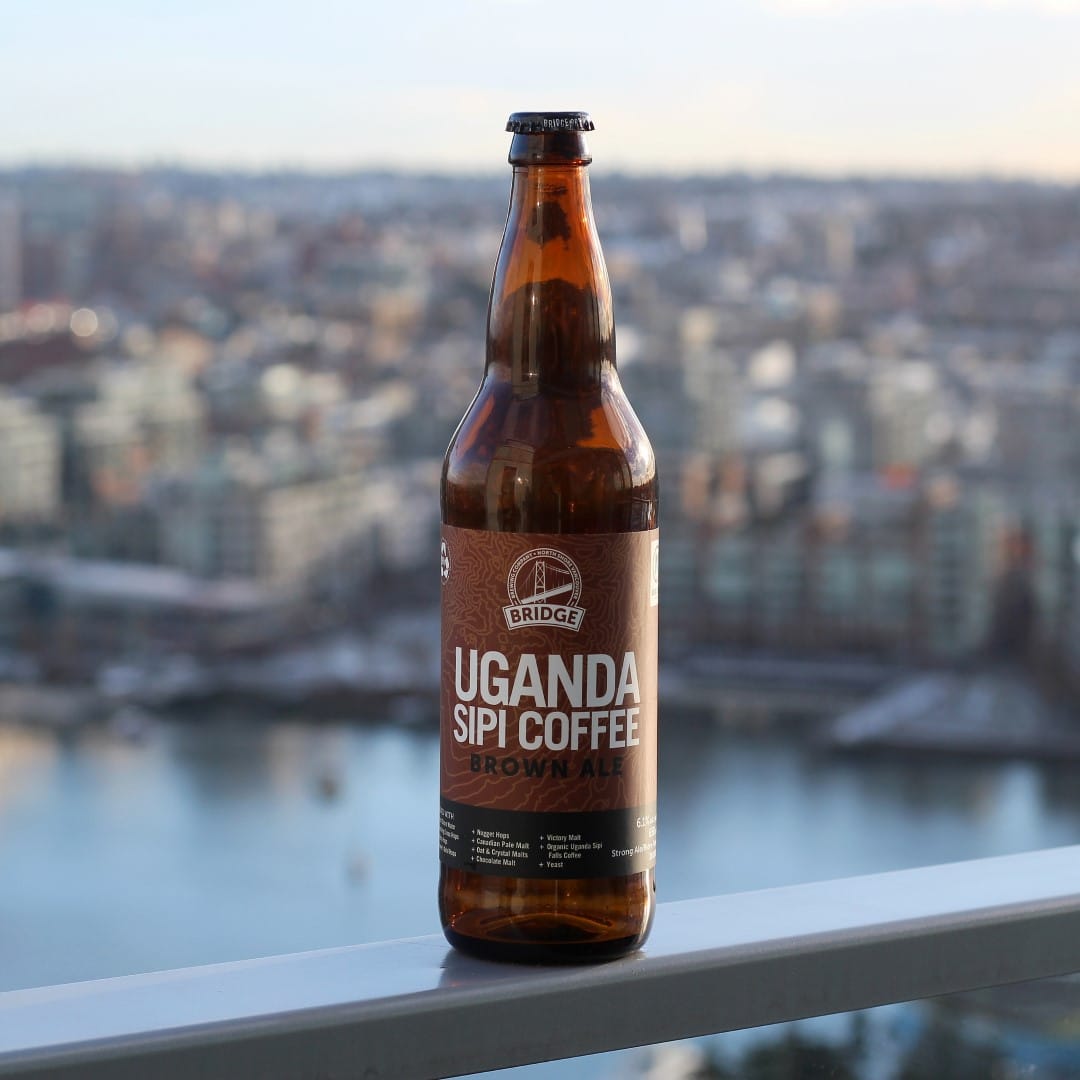 This beer was an exercise in how you should read the pouring instructions before drinking! My first impressions were that the hoppiness of this beer was far too invasive, but once I swirled the remainder of the drink around (to incorporate the sediment) then re-poured, I realised that the sweetness captured at the bottom of the bottle really added to the flavours. Overall I felt that the hoppiness was a bit too overpowering for the coffee, which is a shame because I think the coffee could be the star of this beer if they beefed up the volume of it a little.
The sexy scientists were split on this one, the girls not caring for it and the boys thinking it was better, but overall the bitterness was not popular, so it scored low.

I had a lot of hope for this one, but the overwhelming taste was of Marmite! A yeasty, almost salty flavour to it, with very little coffee coming through. The body was very thin and it was quite watery, but the chocolate notes came through nicely.
The sexy scientists picked up some honey notes, enjoyed the coffee aromas but ultimately thought the beer was thin and uninteresting.

Immediately there are notes of citrus coming through, but my guess is that this is more from the beer than the coffee. Ethiopian beans are an interesting choice and I feel that you can’t really tell that they’re from that region, as all the notes that typically come with them don’t show in the beer. Never the less, I actually quite enjoyed this as a sessionable ale, that I could likely drink loads of.
The sexy scientists (who after 9 beers are looking even sexier) overall thought that it was a bit of a let down, due to the lack of coffee flavours.

VancouverCoffeeSnob Score: 6/10 (I would have given this a 7.5 but for the fact we’re reviewing coffee beers, not regular beers)
Sexy Scientists Score: 4/10

I wanted to test my science team to see if, after a skinful of beer, they were full of crap when it came to tasting. So I snuck out a pumpkin beer, with no coffee in it at all (Parallel49 Lost Souls).
I’m happy to report that they all picked up on the fact it had no coffee in it. Onward!

Big and chocolatey with a heavy body and very bitter aftertaste. The coffee aromas and flavours were pretty much non existent though. Boring to drink.
The sexy scientists seemed to like this more, favouring the bold flavours and the sweetness. 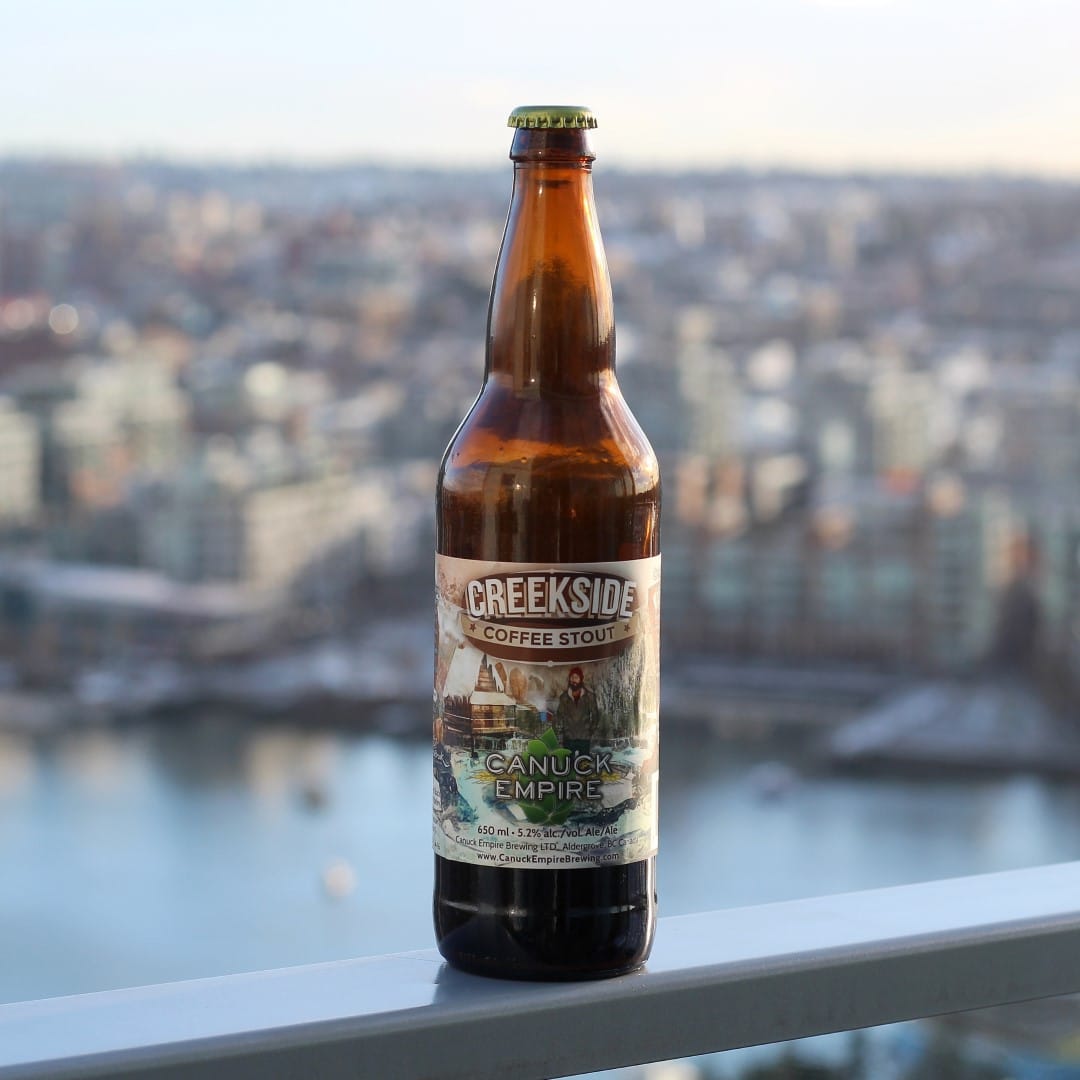 A really great effort here – the beer has a well balanced but sweet flavour profile with really biscuity notes and a perfect coffee balance. Very quaffable and drinkable, I could see myself drinking three or four easily.
The sexy scientists surprisingly felt the coffee flavours could have been stronger, but overall liked the beer.

Coffee Beans by “A local roaster”.

I had this beer a few years back and have great memories of it, but this time was nothing like I remember. Bitter and strong with the porter flavours massively overwhelming the coffee notes. The aftertaste lasted way too long.
The sexy scientists were divided between it being “ok” and “awful”. We all wondered if there was maybe something wrong with this beer/batch.

As a test I bought out my home brew, “Espresso Tears”, so called because it was a collaboration with Mrs VancouverCoffeeSnob and it turns out I’m not very good at barking orders at her during the brewing process, nearly making her cry. The results of this were that I have no business making beer and I should probably not be trusted to ever brew again. I also probably don’t deserve Mrs VancouverCoffeeSnob as a missus either, but for the love of all things sacred don’t remind her of that!

To make up for this attempt at humour I tested the Fuggles and Warlock Bean Me Up Milk Stout again and everyone agreed that this is the best coffee beer we tried. Congrats Fuggles, you win!