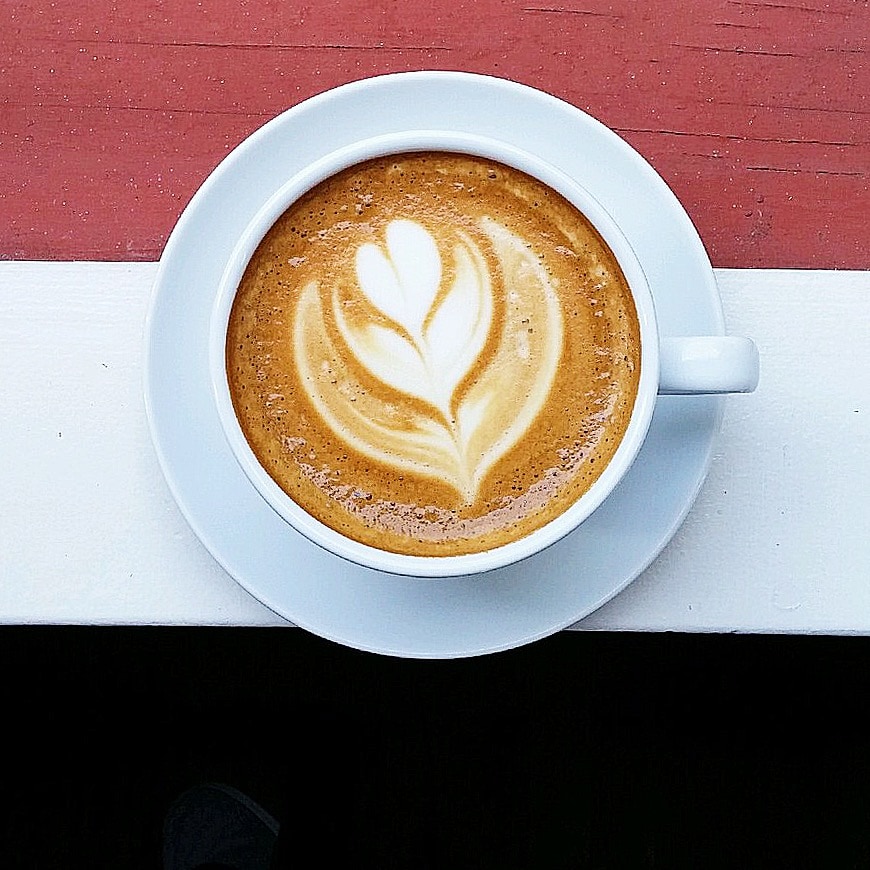 Situated very close to Cambie street in an absolutely stunning heritage house, Caffe Cittadella offers a beautiful location to partake in their numerous food and drink items. I was very excited to visit this venue, as I’d heard great things about it, which makes it even more of a shame that the coffee is very average and the food was absolutely dreadful.

12oz Latte – $3.90
It’s usually a given that when you see 49th Parallel beans on the shelf you’re going to get a pretty decent espresso drink… but not this time I’m afraid. The latte was a good temperature but the milk was lacking any texture and the espresso shot was weak at best. The whole drink had an odd hazelnut taste to it too, which I couldn’t explain; it wasn’t a shot of flavoured sweetener, so I wonder if it was residue from one of the jugs or similar.
8oz Chai Latte – $3.52
I wouldn’t have called this a Chai Latte really, I’d have really rather have described this as “badly steamed milk that’s been shown cinnamon”. It was very lacking in any Chai flavour and I think the barista had forgotten to add any sweetener. If milk is steamed correctly it will naturally bring out its sweetness, but sadly this was not the case, as the milk was low in temperature and texture.

Tuna Panino – $8.38
I’s no joke when I say it was the worst tuna sandwich I’ve ever had in my life. The outside was toasted and warm, the inside was cold. The whole thing was drizzled in some sort of sauce (a balsamic reduction maybe) which made it impossible to hold without getting it all over your hands. The filling, however, was the worst. Impossibly salty, it was like the chef had accidentally spilled the salt shaker onto it and thought, “oh well, that’ll do”. One of the worst meals I’ve ever had.

It’s a great, quiet location very close to Cambie street, but not so close that it’s noisy. Plenty of paid, on street parking.

Absolutely beautiful! It’s a stunning heritage house that’s very nicely appointed both outside and in (although inside could be improved a little). There’s lots of seating on both levels and a great garden patio. There was, however, very strange music playing that didn’t suit a coffee shop environment.

Big, light and clean enough. Could have used a bit of a dusting in the corners.

The baristas were polite and welcoming, but at one point a totally zoned out employee dropped the wrong coffees off at our table and we had to chase him down, because he walked off whilst we were informing him of the mistake.